Didn’t follow regularly but he left an impression. His untimely death was a huge loss to his young family and the conservation movement.

It’s amazing to see how his legacy lives on through the work of his loving wife, Terri and his two enthusiastic and motivated children, Bindi and Robert. 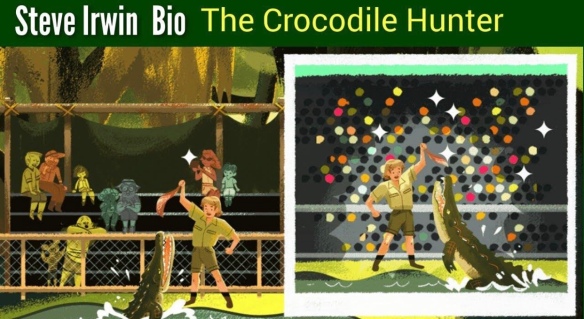 Today’s slideshow Doodle celebrates and explores the life and legacy of wildlife conservationist and television personality Steve Irwin, who inherited a love of large reptiles early on in life and shared it with the world through his work at the Australia Zoo and his popular TV series  Irwin and his family dedicated their lives to the preservation and appreciation of earth’s wildlife and wild places.

Born in the suburbs of Melbourne, Australia on this day in 1962, Irwin was raised by Lyn and Bob Irwin, who gave him an eleven-foot python for his sixth birthday. He named the snake Fred.

During the early 1970s, the Irwins moved to the Sunshine Coast in the Australian State of Queensland and opened Beerwah Reptile Park. 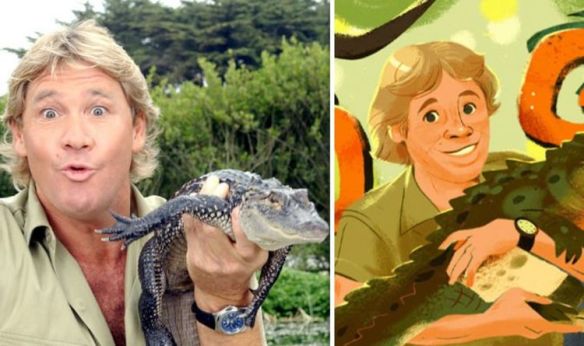 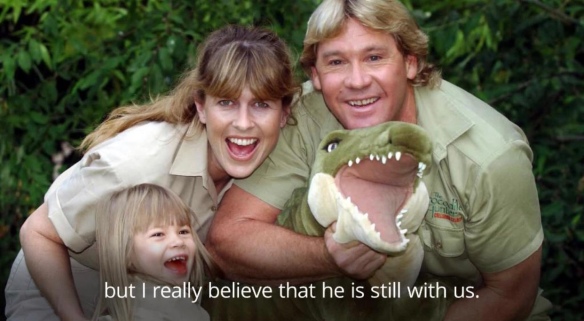 The search engine put together a slideshow of illustrations showing Irwin holding a crocodile, boating through a swamp with his dog, and hanging out with his wife Terri and kids Bindi and Robert.

“Today’s Google Doodle acknowledges the life and achievements of my husband Steve Irwin, whose efforts to protect wildlife and wild places have been recognized as the most extensive of any conservationist,” wrote Irwin’s wife Terri in a blog post for Google.

Irwin died in September 2006 when stingray barb went through his chest during filming for a documentary project.

Irwin would have been 57 on Friday, which also marks Australia’s National Wildlife Day. 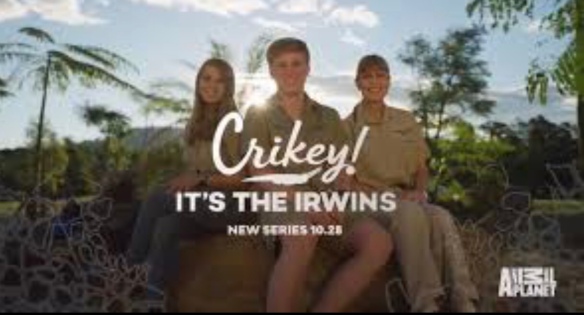 Learning to wrestle crocodiles since the age of nine, Irwin volunteered with Queensland’s East Coast Crocodile Management Program, helping to capture and relocate endangered saltwater crocodiles—the largest of all living reptiles—to protect them from being harmed. He was involved in all aspects of managing his family’s park, which was renamed Queensland Reptile and Fauna Park, and eventually the Australia Zoo.

Soon after he took over management of the park, Irwin met his future wife Terri who was visiting the zoo. They spent their honeymoon capturing crocs, and the footage they shot became the first episode of The Crocodile Hunter, which grew into a runaway hit show seen in more than 100 countries by over 500 million people.

Thanks to the show, Irwin’s enthusiasm for saving endangered (and dangerous) animals quickly became as popular as his one-word catchphrase “Crikey!” It was also a family effort – while Steve and Terri hosted the show together, their children Bindi and Robert became fixtures on the show as well.

In 2001, the Australian government awarded Irwin the Centenary Medal for a lifetime of service, and in 2004 he was nominated for Australian of the Year. Among his many accomplishments was the discovery of a new species of snapping turtle, which was named Elseya irwini in his honor.

In 2018 he was also posthumously awarded a star on the Hollywood Walk of Fame.

Today, Irwin’s legacy lives on through his family’s continued animal conservation work and with the celebration of Steve Irwin Day each November 15, an international celebration of wildlife, family, and fun including fundraising events to benefit the Australia Zoo’s Wildlife Warriors program. 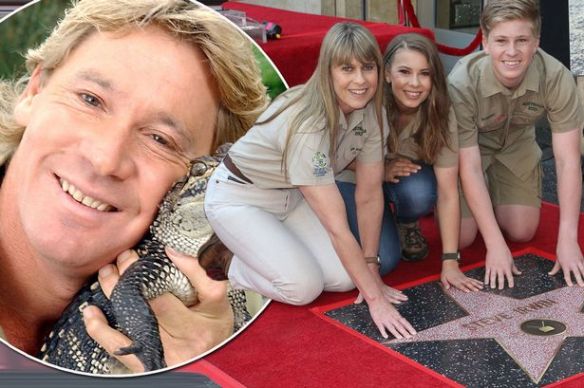 Today the search giant Google shows Doodle about Steve Irwin in many countries. It is the 57th Birthday of Steve Irwin.