… and I also watched!! … On the 15th of April, France’s leader President Emmanuel Macron tweeted the following: “Notre-Dame is aflame. Great emotion for the whole nation. Our thoughts go out to all Catholics and to the French people. Like all of my fellow citizens, I am sad to see this part of us burn tonight.” 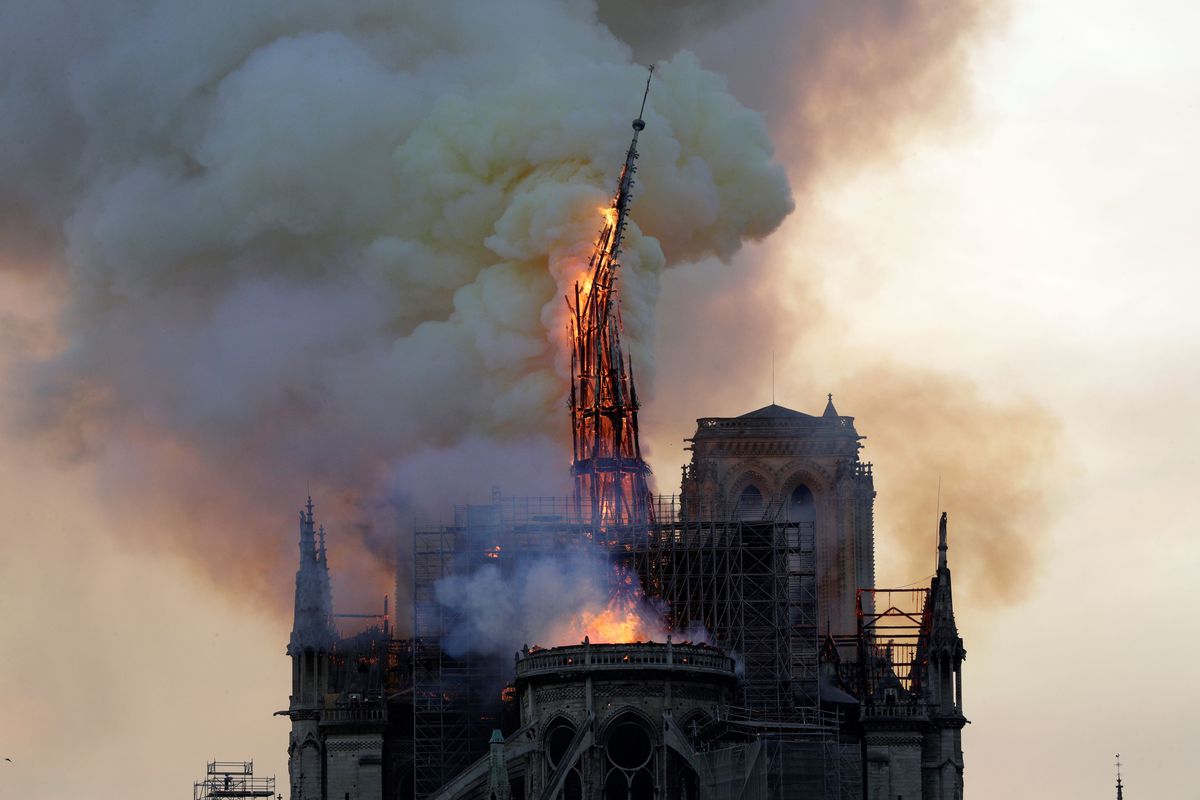 The steeple of the Notre Dame Cathedral in central Paris collapses on April 15, 2019. AFP/Getty Images

Grown men can be seen shedding tears as they witnessed the destruction by fire of a Parisian treasure, the Notre Dame Cathedral that sits on an Island, Île de la Cité, in the center of Paris on the River Seine. This is a site that has been visited by locals and tourists for centuries. It’s estimated that in 2019, around 30,000 people visited the church daily. The fire appears to have started in the early evening, after tourists had left the church area.

I count myself among the many tourists who has been blessed to be able to tour this magnificent French Gothic Architectural wonder in all its splendor in the 1980s.

Initially, there was hope when it was just the spire that was…