Already have downloaded ‘Walk Me Home‘ and ‘Hurts 2B Human‘ and a couple more available on the iTunes store.

By tomorrow, all the tracks should be available.

It seems that it will be another best seller for P!nk.

Wish her success only! 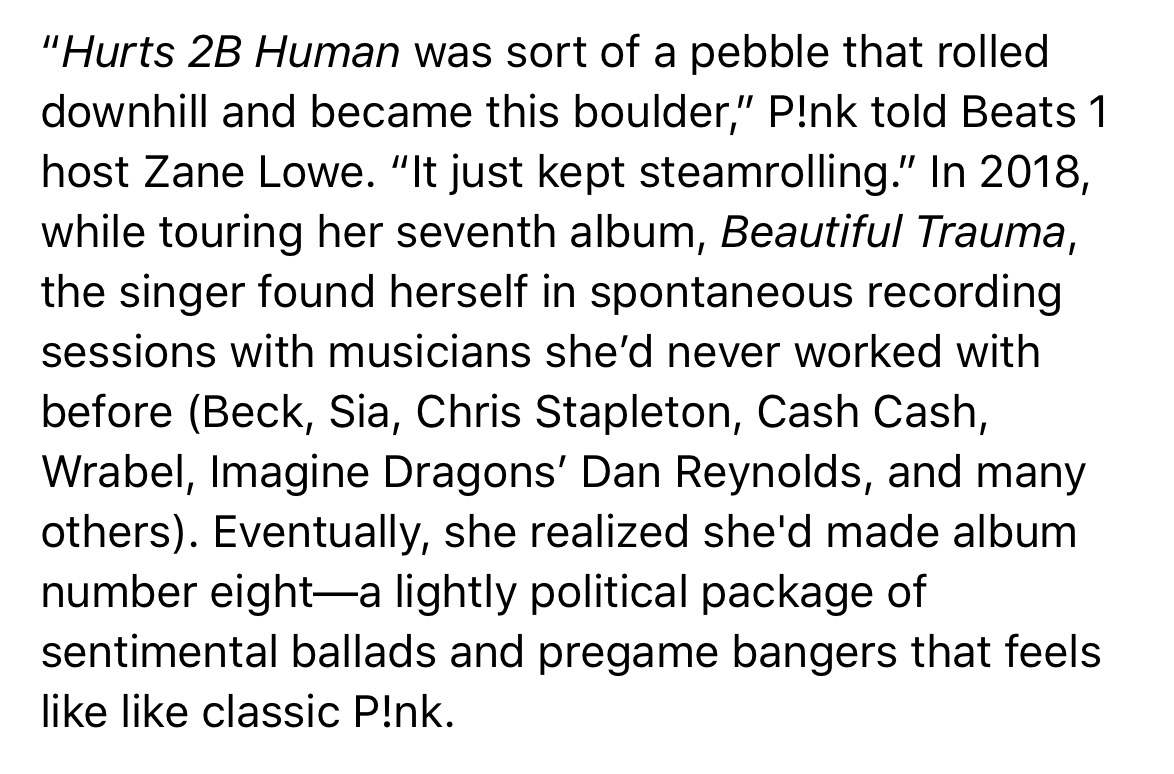 Pink announced the album and its lead single “Walk Me Home” in an appearance on The Ellen DeGeneres Show on February 6, 2019.

“Walk Me Home” was released on February 20. It was called a “foot-stomping anthem” as well as an “optimistic departure” from the content of her previous album, Beautiful Trauma.

Pink revealed the full cover art of the album on February 28, after having it teased it for several days.

That same day, she performed “Walk Me Home” on The Ellen DeGeneres Show.