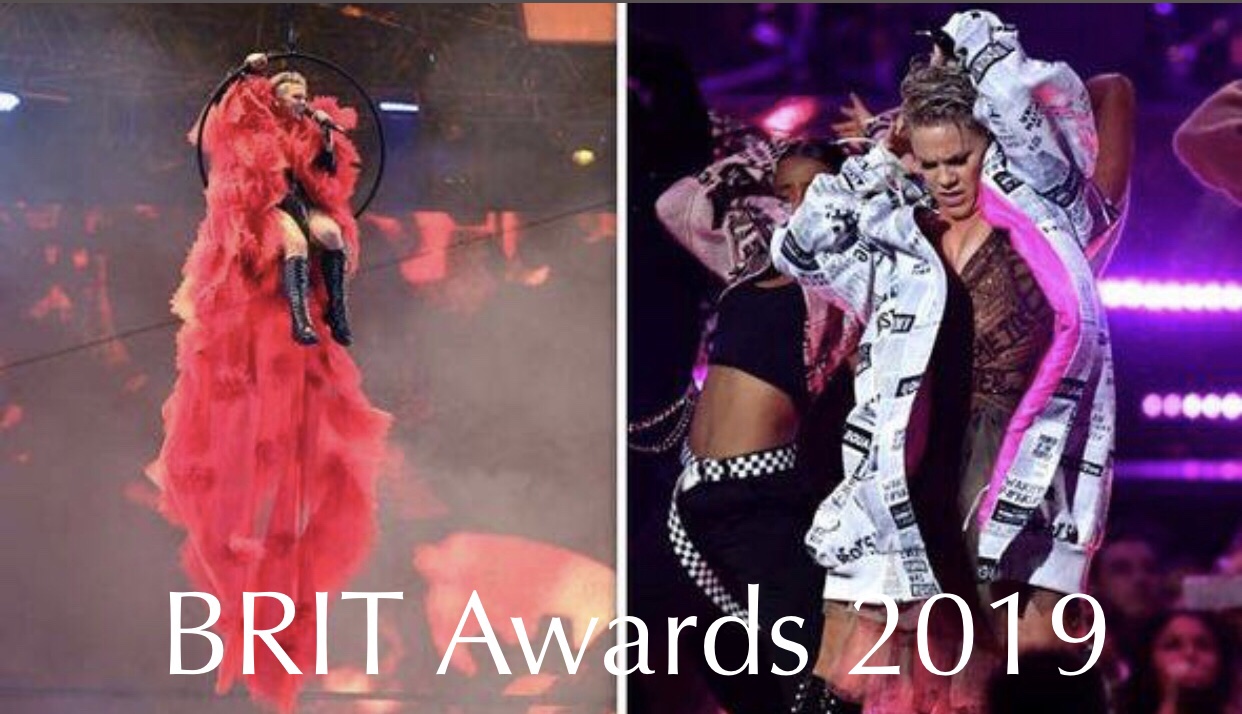 What can I say?

She’s my girl … I just found this video tonight and had to share.

She’s got a long way to go!

The video is a bit long but worth every minute of it.

Hope you enjoy this performance as much as I did!

Pink Closes 2019 Brit Awards With Electrifying Medley of Hits
Pink capped off a special night at the 2019 Brit Awards with an epic performance of some of her biggest hits, which served as a breathtaking reminder of why she was this year’s recipient of the outstanding contribution to music award.

The singer kicked off the medley with her latest single, “Walk Me Home” – which she had just released hours earlier – singing in a fuzzy robe as she made her way from a dressing room to the stage. Switching to a billowy red feather cloak, Pink descended upon center stage in an aerial hoop for “Just Like Fire,” which of course included plenty of flames.

The rest of Pink’s performance put the focus on her dynamic vocals yet delivered a plenty awe-inspiring spectacle as she sang “Just Give Me a Reason,” “Try” and “What About Us.”

Bastille’s Dan Smith joined for “Just Give Me a Reason,” filling in for fun.’s Nate Ruess, with the pair also accompanied by a massive choir. “Try” featured just Pink and one other dancer, joining forces for a moving performance backed by striking visuals and rain pouring down on the stage.

Pink decided to send a political message for the “What About Us” finale, dressed in newspaper-printed clothing alongside her dancers as footage of protests filled the screen behind them.

Everyone came together at the performance’s finish, throwing their fists up in the air and holding up candles for a powerful closing sentiment.

Prior to her performance, Pink received the Brit Award for outstanding contribution to music, which puts her in the company of Paul McCartney, David Bowie, Elton John and the Spice Girls.

Expressing her excitement for her Wembley Stadium show later this summer, Pink closed out her speech with a sweet shout-out to those who have helped made her iconic career possible.
“One of the reasons why I am successful is because I surround myself with people that are better than me,” she said.

P!nk performs a medley at The BRITs Awards 2019.