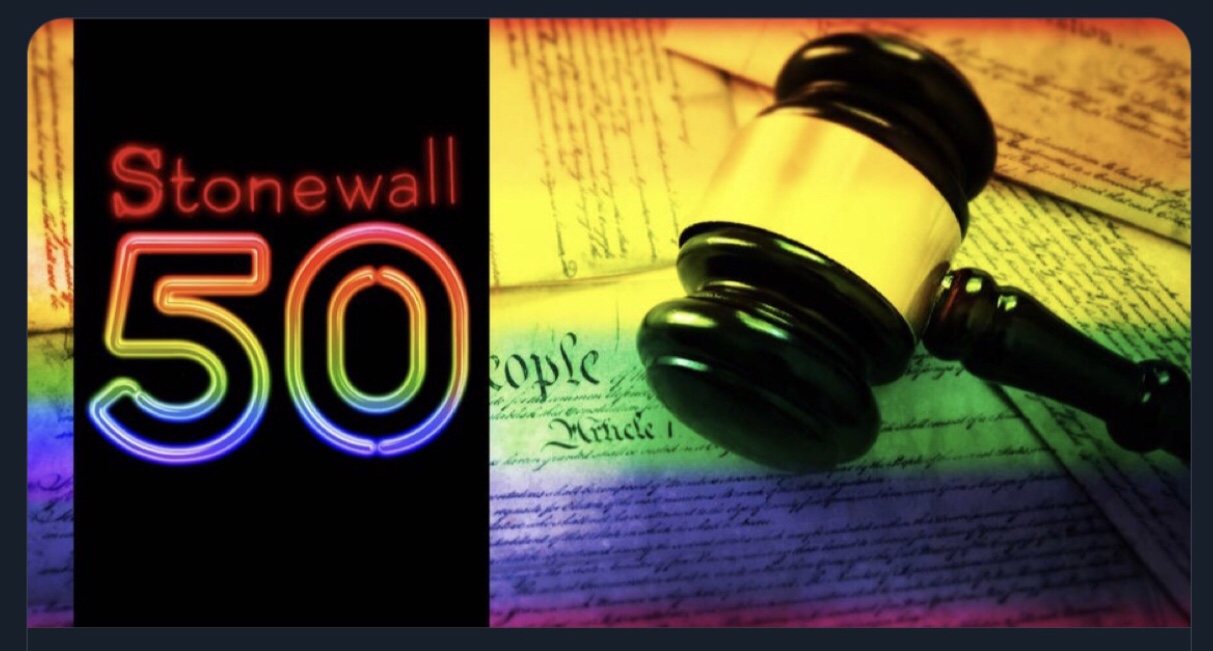 I had barely begun to realize that I was different. I was innocent, naive, untried. Meanwhile, all of this was going on while I lived in Puerto Rico.

I’ve learned about the history of the Stonewall Inn and how I can live my life the way I am because of the actions of many of the LGBTQ community then .

I stand on the shoulders of giants and I’m so very and eternally grateful.

WE CANNOT GO BACK!

The Daily Beast has compiled this series. I tried to get as many as I could for this post.

There are more. I’ll link the ‘search option’ of The Daily Beast for anyone interested in more information and history. 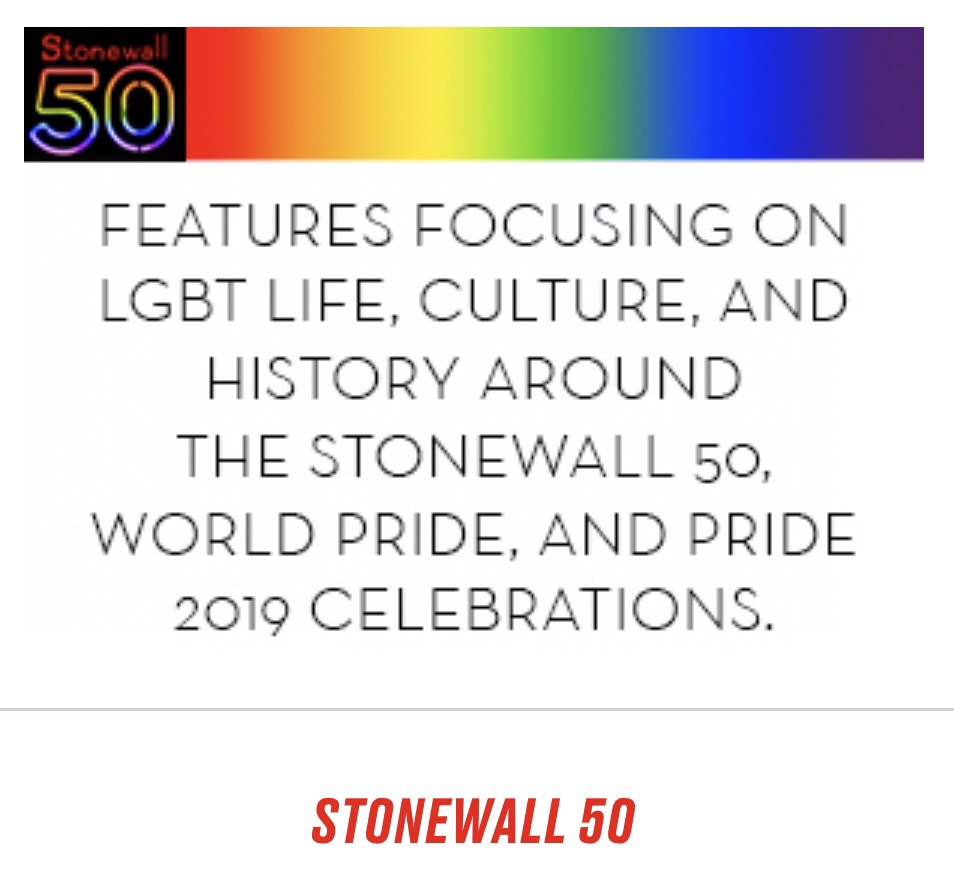 In the early hours of June 28, 1969, New York City police raided the Stonewall Inn, a gay club located in Greenwich Village in New York City. The raid sparked a riot among bar patrons and neighborhood residents as police roughly hauled employees and patrons out of the bar, leading to six days of protests and violent clashes with law enforcement outside the bar on Christopher Street, in neighboring streets and in nearby Christopher Park.

The Stonewall Riots served as a catalyst for the gay rights movement in the United States and around the world. 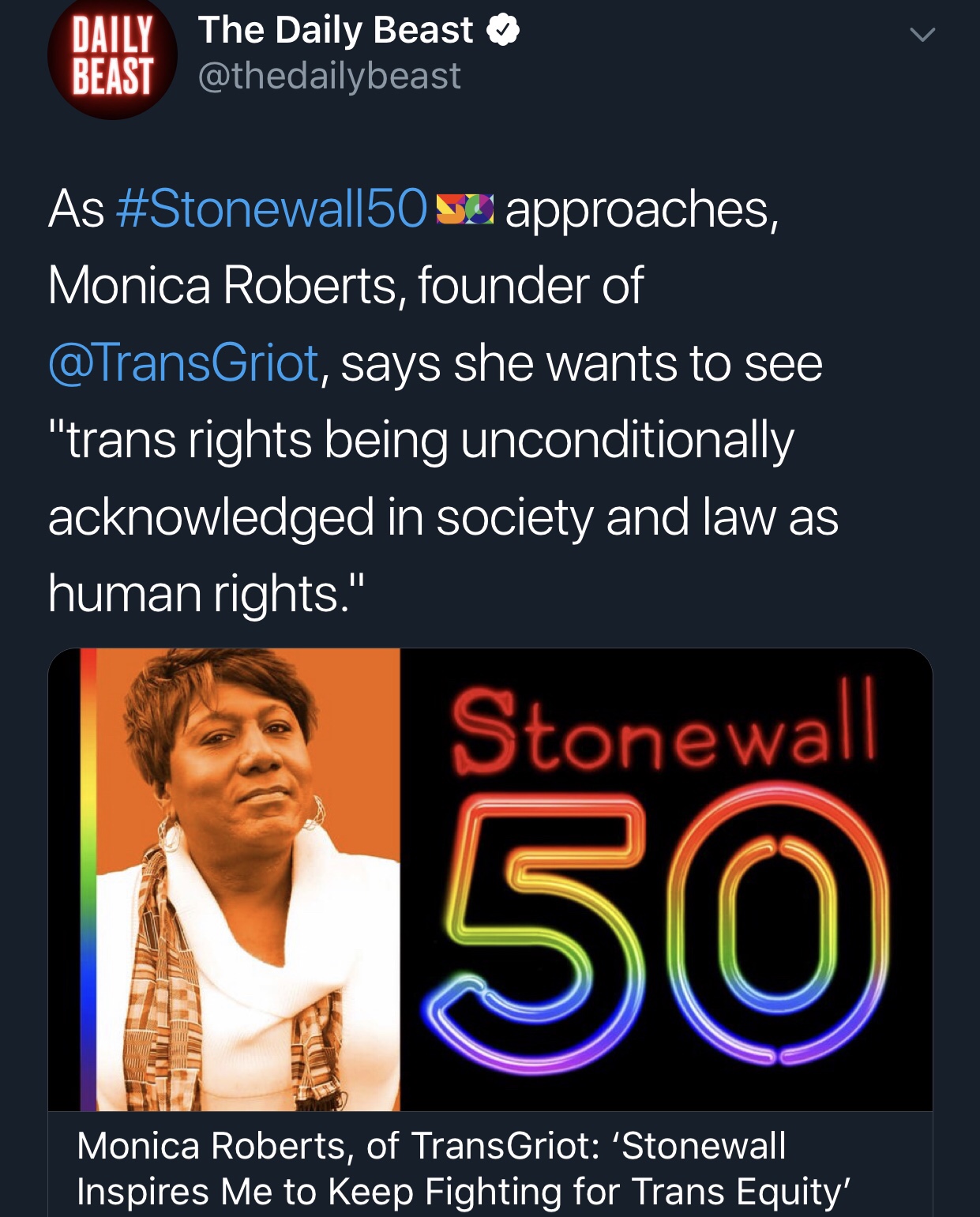 The 1960s and preceding decades were not welcoming times for lesbian, gay, bisexual and transgender (LGBT) Americans. For instance, solicitation of same-sex relations was illegal in New York City, and there was a criminal statute that allowed police to arrest people wearing less than three gender-appropriate articles of clothing.

For such reasons, LGBT individuals flocked to gay bars and clubs, places of refuge where they could express themselves openly and socialize without worry. However, the New York State Liquor Authority penalized and shut down establishments that served alcohol to known or suspected LGBT individuals, arguing that the mere gathering of homosexuals was “disorderly.”

Thanks to activists’ efforts, these regulations were overturned in 1966, and LGBT patrons could now be served alcohol. But engaging in gay behavior in public (holding hands, kissing, or dancing with someone of the same sex) was still illegal, so police harassment of gay bars continued and many bars still operated without liquor licenses – in part because they were owned by the Mafia. 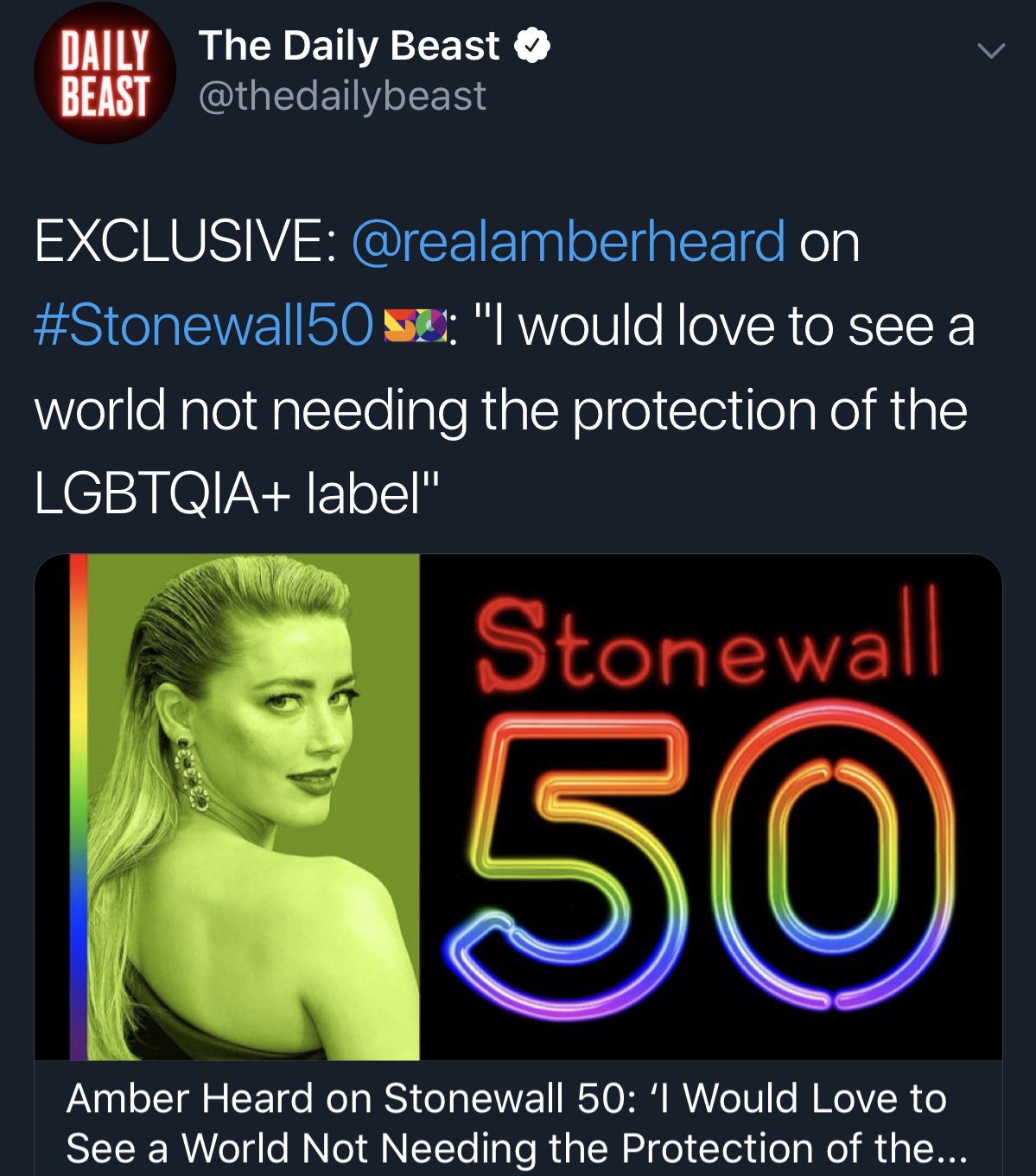 The crime syndicate saw profit in catering to shunned gay clientele, and by the mid-1960’s, the Genovese crime family controlled most Greenwich Village gay bars. In 1966, they purchased Stonewall Inn (a “straight” bar and restaurant), cheaply renovated it, and reopened it the next year as a gay bar. 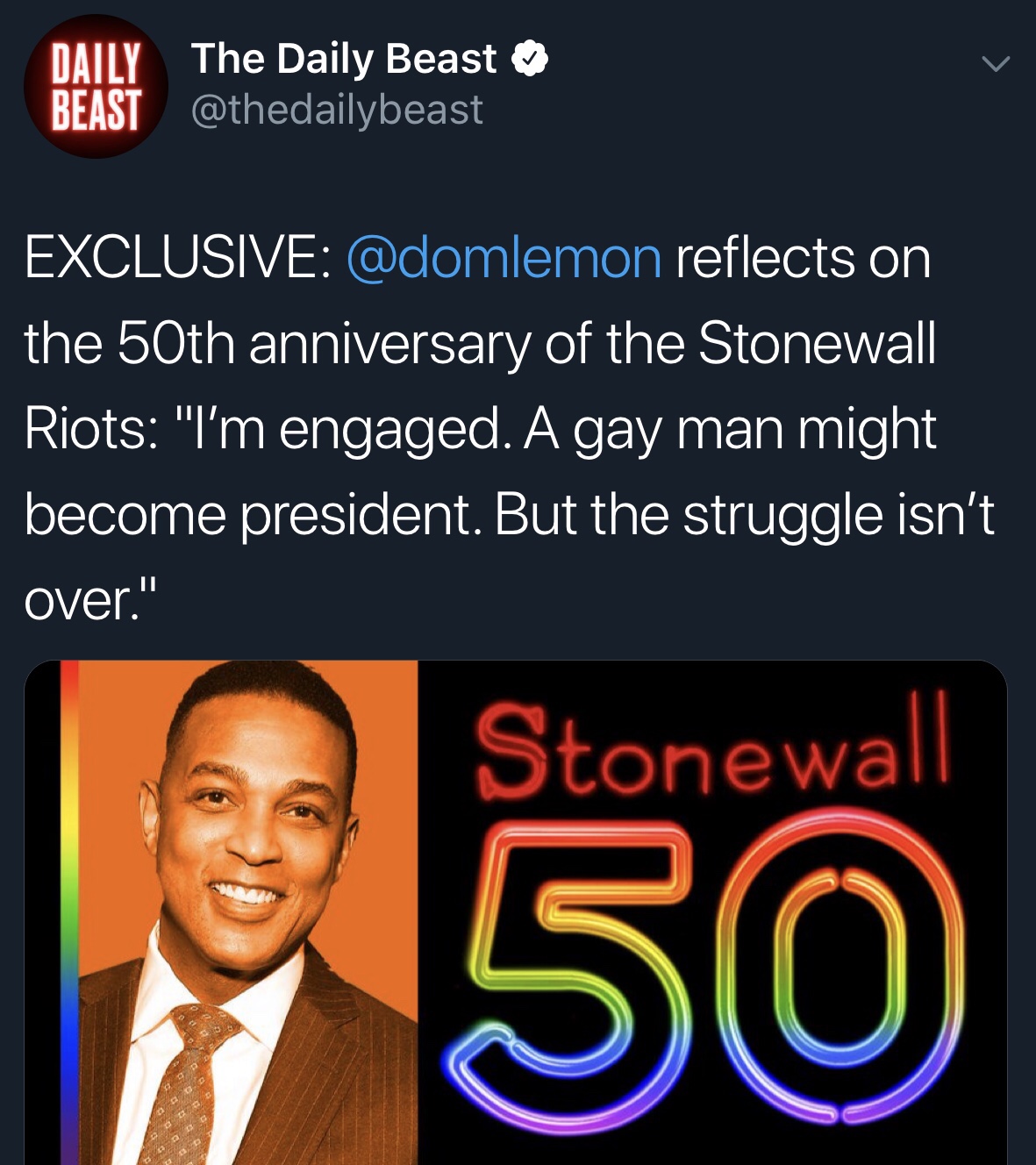 Stonewall Inn was registered as a type of private “bottle bar,” which did not require a liquor license because patrons were supposed to bring their own liquor. Club attendees had to sign their names in a book upon entry to maintain the club’s false exclusivity. The Genovese family bribed New York’s Sixth Police Precinct to ignore the activities occurring within the club.

Without police interference, the crime family could cut costs how they saw fit:

The club lacked a fire exit, running water behind the bar to wash glasses, clean toilets that didn’t routinely overflow, and palatable drinks that weren’t watered down beyond recognition. What’s more, the Mafia reportedly blackmailed the club’s wealthier patrons who wanted to keep their sexuality a secret.

Nonetheless, Stonewall Inn quickly became an important Greenwich Village institution. It was large and relatively cheap to enter. It welcomed drag queens, who received a bitter reception at other gay bars and clubs. It was a nightly home for many runaways and homeless gay youths, who panhandled or shoplifted to afford the entry fee. And it was one of the few – if not the only – gay bar left that allowed dancing.

Raids were still a fact of life, but usually corrupt cops would tip off Mafia-run bars before they occurred, allowing owners to stash the alcohol (sold without a liquor license) and hide other illegal activities. In fact, the NYPD had stormed Stonewall Inn just a few days before the riot-inducing raid.

Laws are symbols as much as they are regulations – symbols of who deserves respect, and who does not. That’s why the LGBT legal battles since Stonewall have been so vital.

On June 28, 1969, sodomy was illegal in New York. So was “lewd conduct,” the broad offense that, like a dragnet, caught thousands of gay men and lesbians who might be drinking, dancing, or socializing together; and “disorderly conduct,” which could mean just about anything – then and now.

Those were the legal pretexts for the Stonewall Riots that began that night – some of them, anyway.

(Inspector Seymour Pine of the NYPD raided the bar because it was brazenly defying the city’s liquor laws, protected by Mafia connections and police payoffs.)

But they were just pretexts. Everyone knew why paddy wagons were so common outside gay bars in New York: harassment, intolerance, and publicity. 1969 was a mayoral election year, after all. What better way to curry favor with the conservatives on the Upper East Side than rounding up a few more degenerates down in Greenwich Village?

Laws aren’t only pretexts, though. They’re also symbols – symbols of what a society tolerates and what it abhors, who has status and who does not. 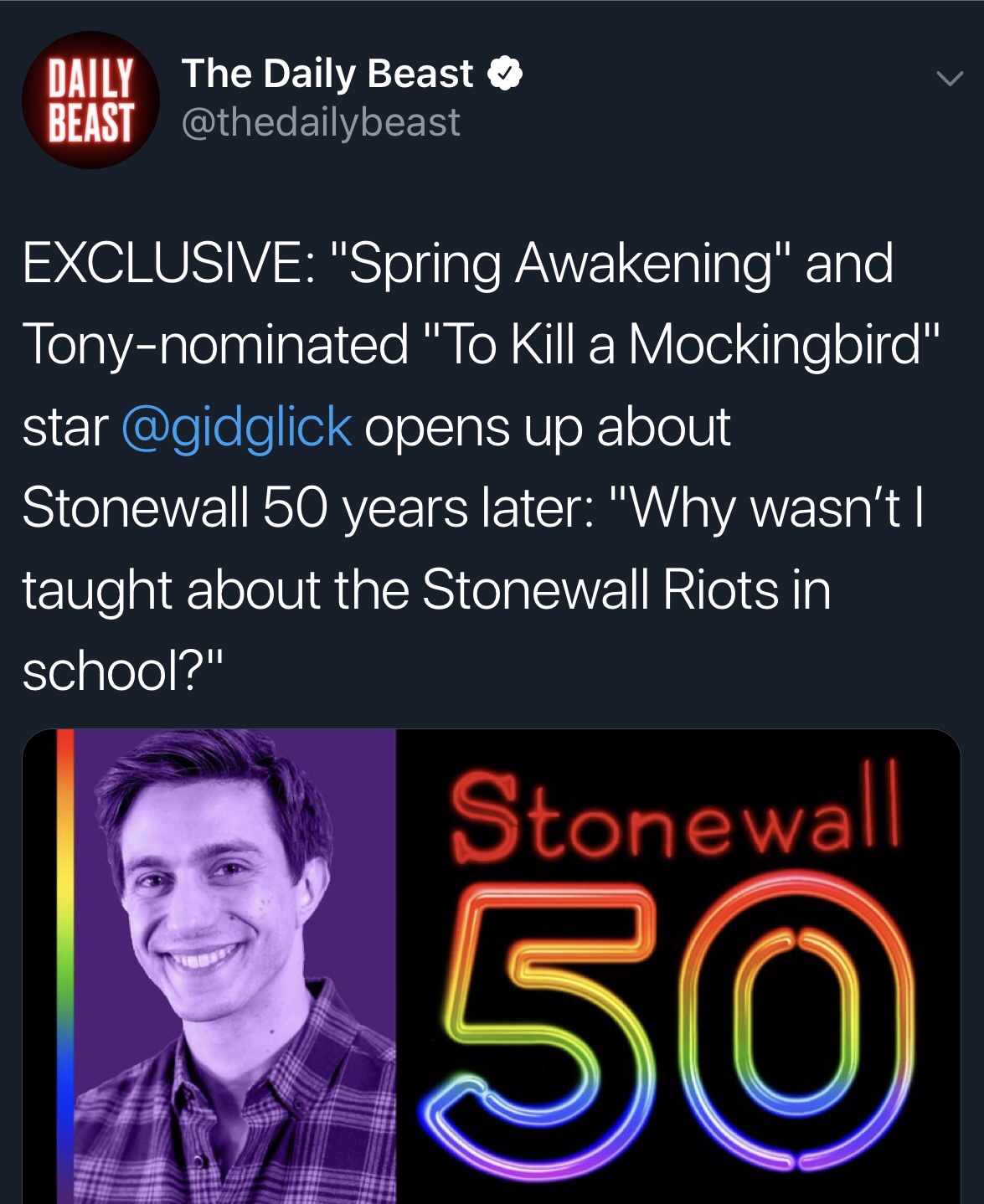 When police raided Stonewall Inn on the morning of June 28, it came as a surprise – the bar wasn’t tipped off this time.

Armed with a warrant, police officers entered the club, roughed up patrons, and, finding bootlegged alcohol, arrested 13 people, including employees and people violating the state’s gender-appropriate clothing statute (female officers would take suspected cross-dressing patrons into the bathroom to check their sex).

Fed up with constant police harassment and social discrimination, angry patrons and neighborhood residents hung around outside of the bar rather than disperse, becoming increasingly agitated as the events unfolded and people were aggressively manhandled. At one point, an officer hit a lesbian over the head as he forced her into the paddy wagon — she shouted to onlookers to act, inciting the crowd to begin throw pennies, bottles, cobble stones, and other objects at the police.

Within minutes, a full-blown riot involving hundreds of people began. The police, a few prisoners, and a Village Voice writer barricaded themselves in the bar, which the mob attempted to set on fire after breaching the barricade repeatedly. 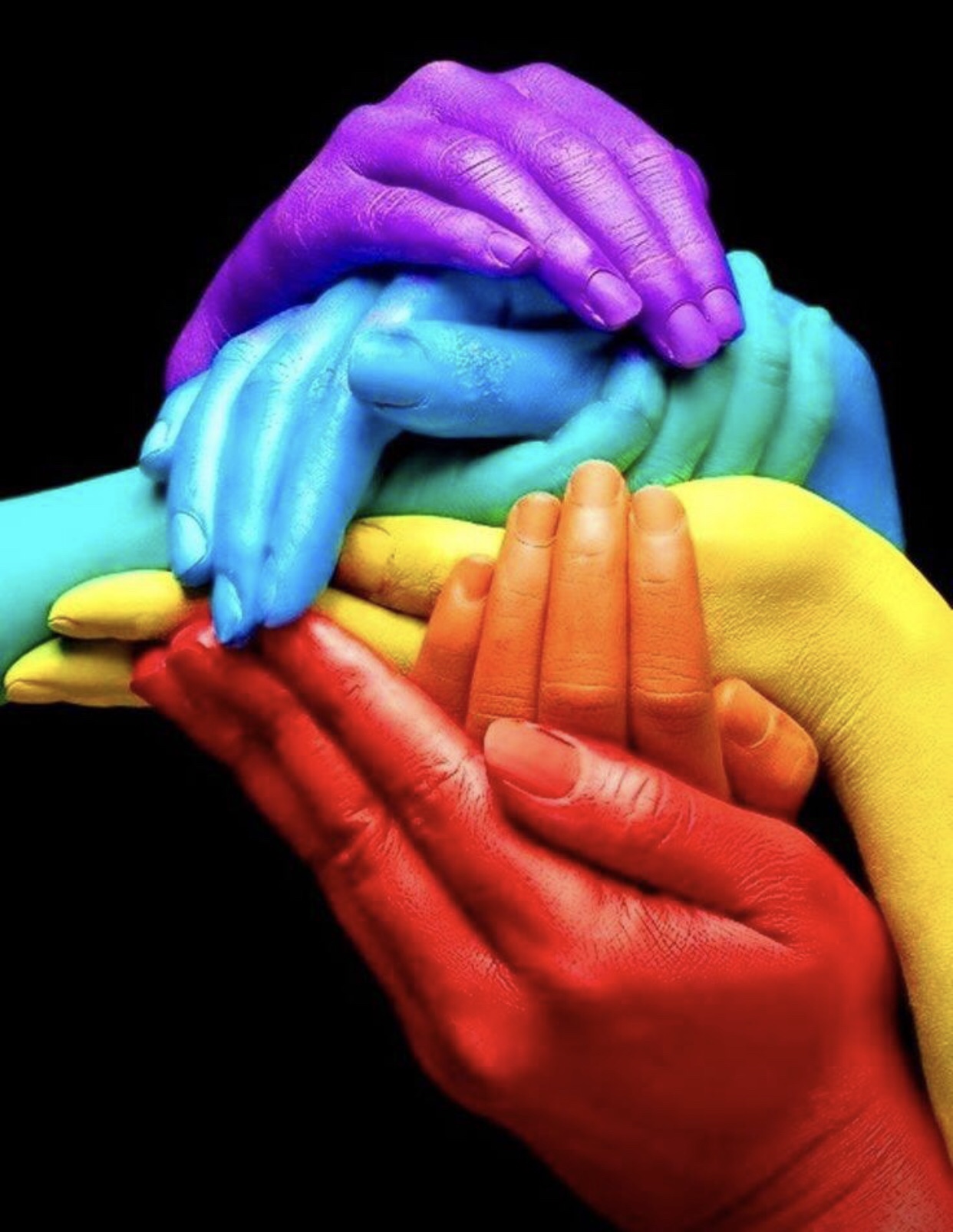 Though the Stonewall uprising didn’t start the gay rights movement, it was a galvanizing force for LGBT political activism, leading to numerous gay rights organizations, including the Gay Liberation Front, Human Rights Campaign, GLAAD (formerly Gay and Lesbian Alliance Against Defamation), and PFLAG (formerly Parents, Families and Friends of Lesbians and Gays). 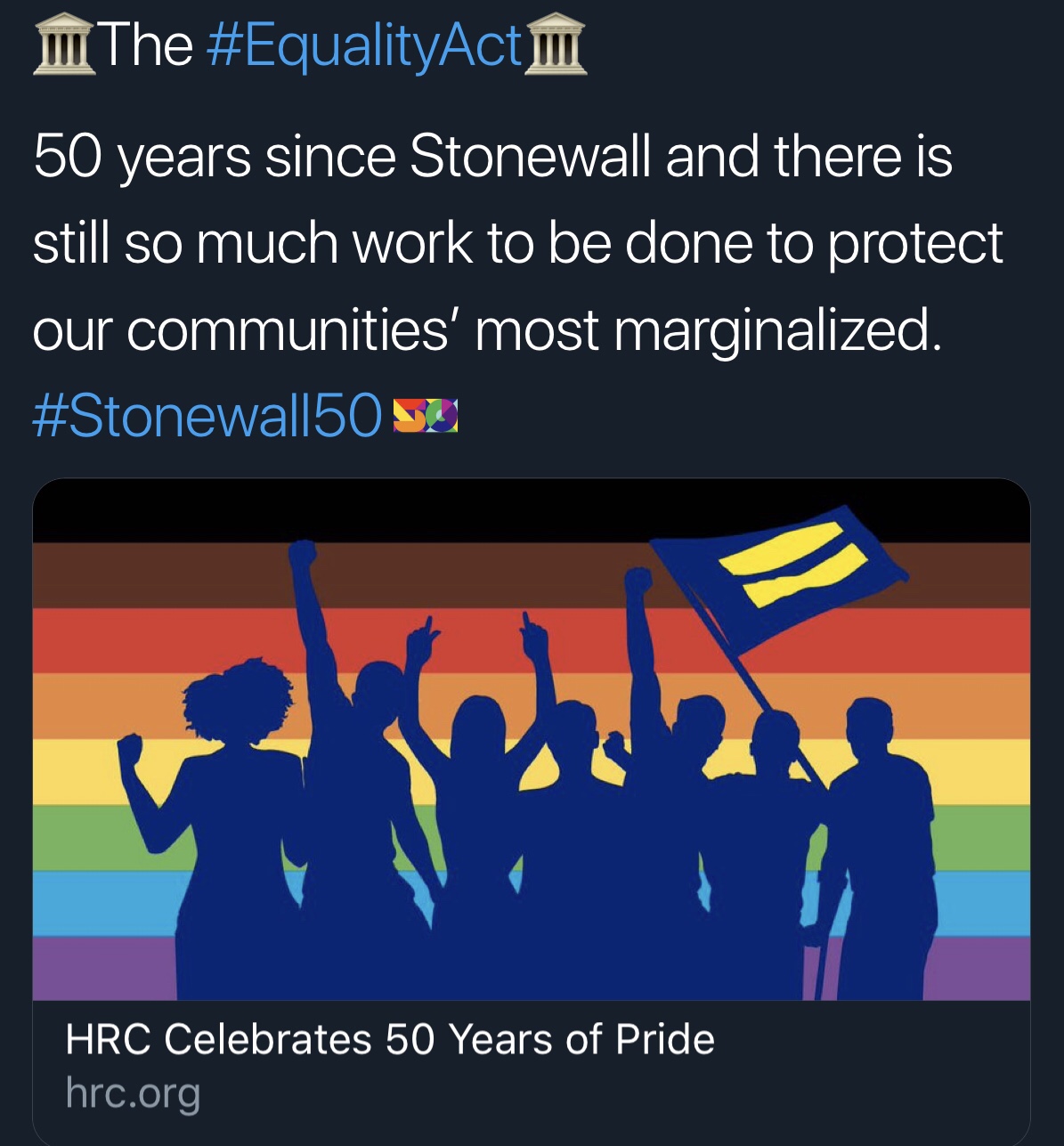 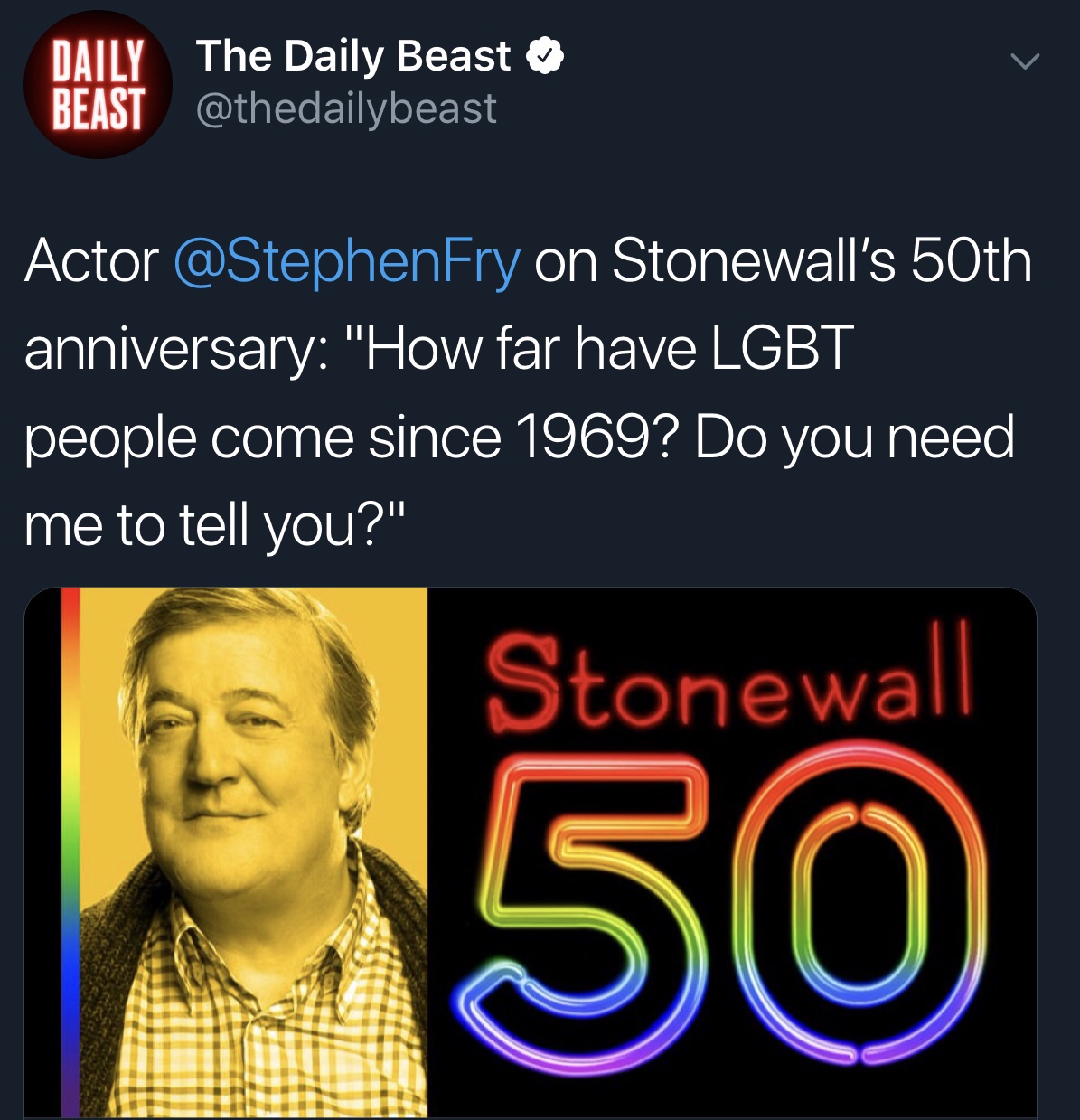 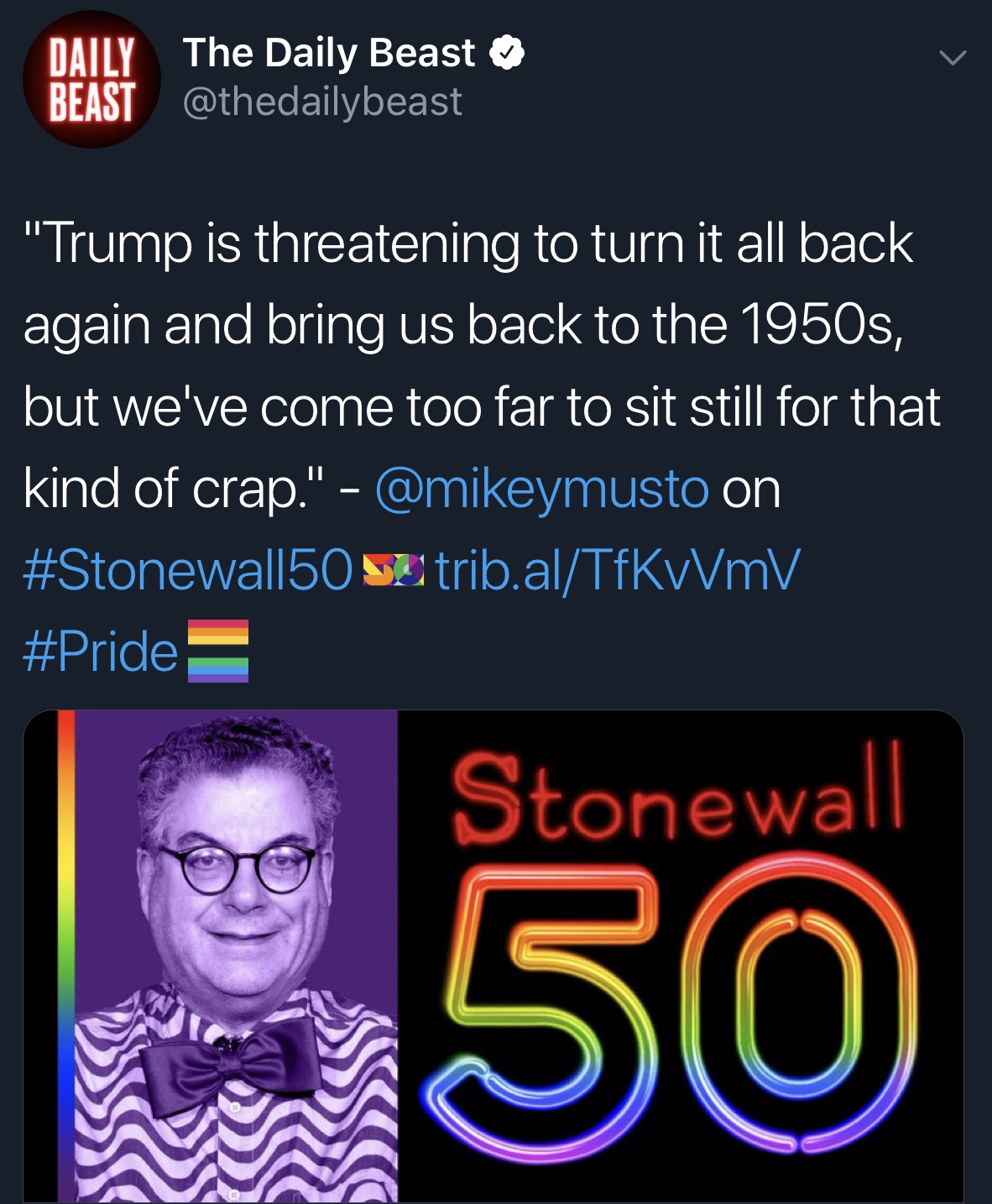 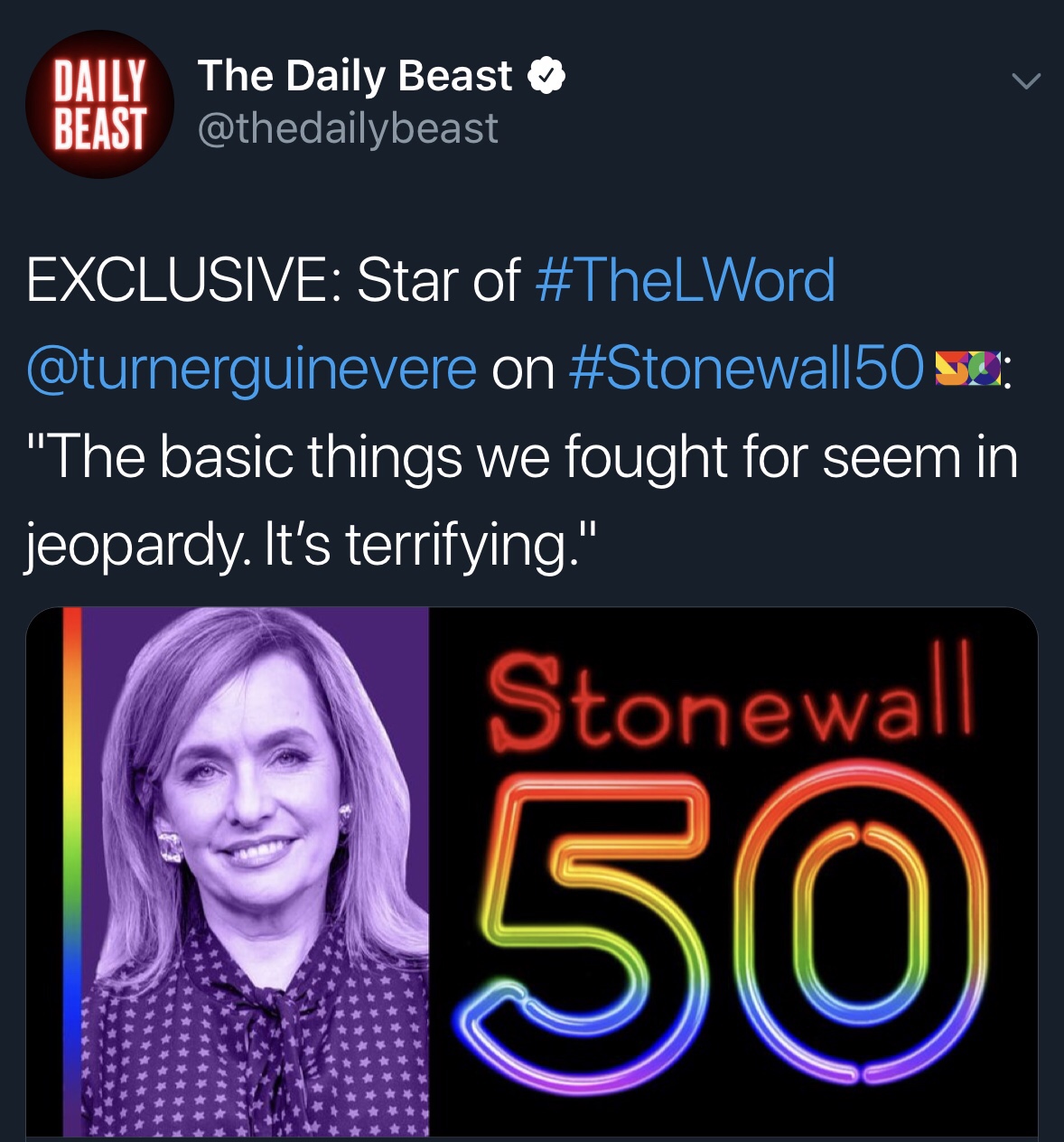 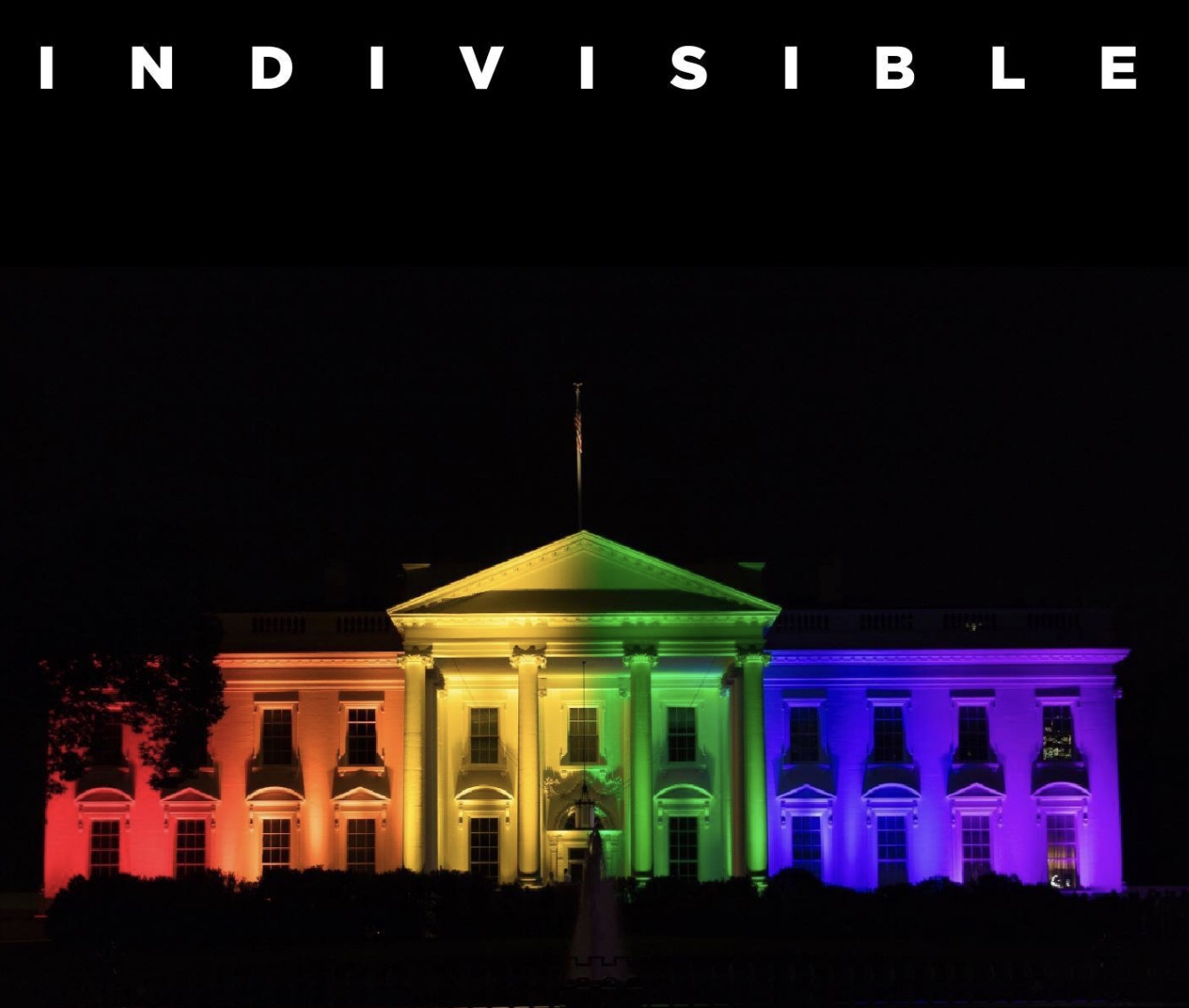 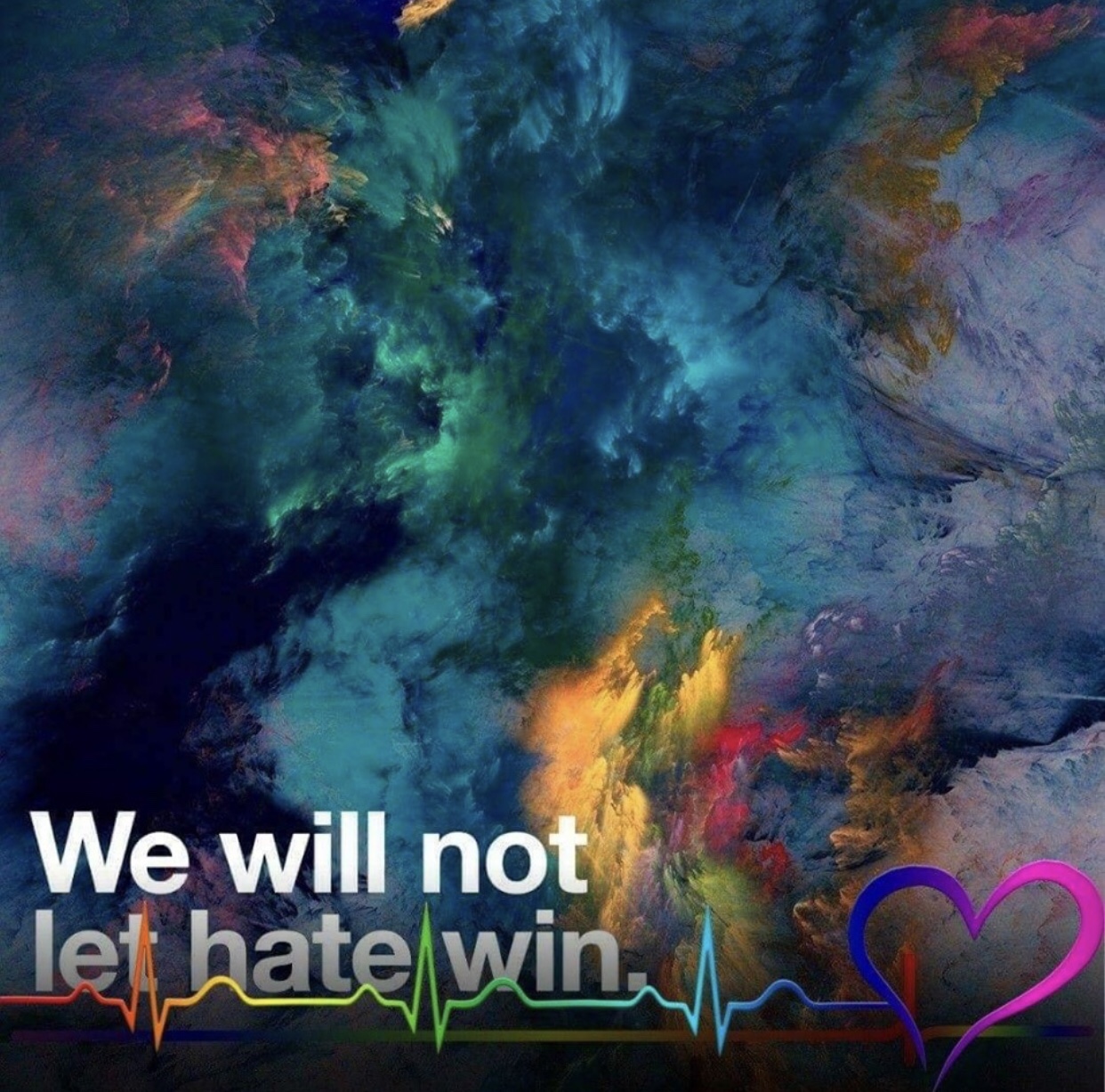