Indeed … I’m in Flori-duh!! … “The coronavirus pandemic continues its deadly march through rural counties and small towns across the country, led by flare ups in Southern and Midwestern states that are becoming new epicenters of the outbreak.”

By Robert A. Vella

The spread of the coronavirus pandemic is now picking up steam in Southern and Midwestern states controlled by Republicans despite their attempts to conceal the scale of the contagion.  Here’s a graph showing two states from each of those regions: 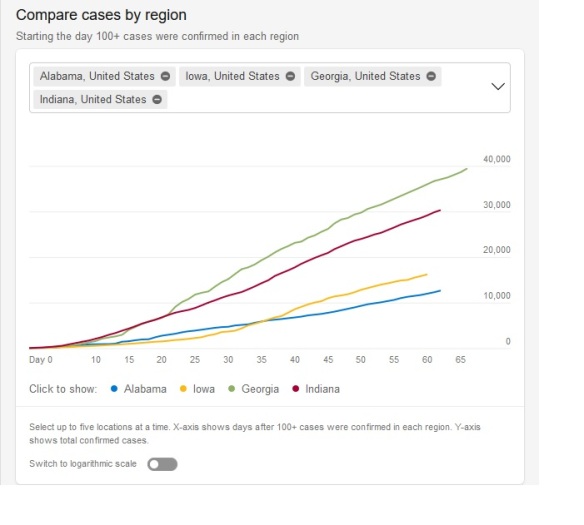 Formed in 1946 during the Truman administration, the nearly 74 year-old Centers for Disease Control and Prevention has been at the forefront of America’s effort to combat and eradicate deadly infectious diseases around the world.  Aside from a few early exceptions (e.g. the despicable Tuskegee syphilis experiment 1932-1972), the CDC has a very long list of public health accomplishments particularly regarding its collaborative work with the World Health Organization since 1956.  Especially over the last three decades, the CDC has built a renowned global reputation for excellence in medical science… until, that is, two big societal earthquakes began fracturing its once-solid foundation.