Once you take a sip of that Kool-Aid … “People like Nikki probably don’t feel any sense of shame groveling to Donald Trump because they already sold out long ago. For Nikki and her fellow Republicans, your soul is gone and there’s no getting it back.” 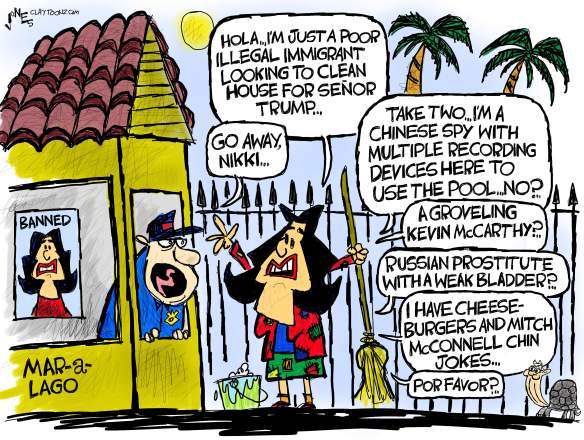 While slimy Ted was rushing back to Texas, making sure he was seen wearing a face mask with a Texas flag on it, Nikki was rushing to get inside Mara-a-Lago, hoping to be branded with a MAGA flag. But Donald Trump nixed that.

On January 12, Politico published a story on Nikki where she said about Trump, “I think he’s lost any sort of political viability he was going to have. We need to acknowledge Trump let us down….He went down a path he shouldn’t have, and we shouldn’t have followed him.”

Shouldn’t have followed him? This from his former Ambassador to the United Nations who intimidated tiny third-world countries to support Trump policies, or they wouldn’t be invited to her parties? Seriously, she did that.

Before Trump secured the nomination in…