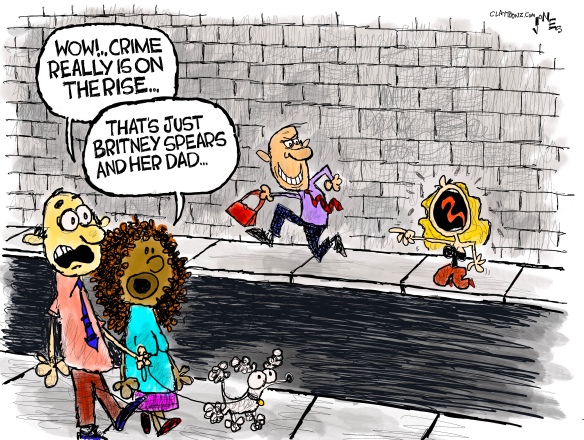 Britney Spears and her father have issues, and guess what. I’m on Britney’s side.

Spears is in a conservatorship where her father controls her life. He controls everything from who she’s friends with, who she dates, to the color of her kitchen. Spears is probably worth around $60 million and she’s on a $2,000 a week allowance.

You may think $2,000 a week is nice. I’m sure it is, but the entire $60 million is hers. What does her father get for controlling her life? He’s not just doing it out of love for his daughter. He is paid $16,000 a month, which is more than Britney gets. He also gets $2,000 for office expenses in Kentwood, Louisiana. Additionally, he gets a percentage of her tours, albums, and merchandising.

Yesterday, Britney went to court in Los Angeles and pleaded with the judge to end the conservatorship and allow her to…