ONE YEAR AGO TODAY

My dear brother from another mother, Martin, lost his better half one year ago.

Where has time gone?

I’m with you, my brother.

Today, 1 year ago, I said my last goodbye and we brought Lijda to her final bed. I miss her, every single day.

One day we will dance again.

We know a bit of that! It’s been almost 2 years … seems that we can’t find the way out (when we know there is one).

We hope this too shall pass!!

On the other hand … “Two years after his speech, and after he left the Bush administration, Powell called it a “blot” on his record and said, “I’m the one who presented it on behalf of the United States to the world, and [it] will always be a part of my record. It was painful. It’s painful now.” — Depending on which source you reference, the war killed 150,000 to over 600,000 Iraqis. Additionally, at least 4,300 Americans died in Iraq.

Colin Powell is an American hero. He’s a patriot who served his country honorably…mostly. He was the first black chairman of the Joint Chiefs of Staff, the first black national security adviser, and the first black secretary of state. He should be remembered for his service and accomplishments, including speaking out against Donald Trump and leaving his party to support the campaign of our nation’s first black president. Colin Powell may be the only person in my lifetime who could have been president and turned it down.

Everyone makes mistakes and it would take a huge one to smear the record of General Colin Powell. Unfortunately, there is a big one. Colin Powell took a lie and used it before the United Nations to advocate for an invasion.

In 2003, Colin Powell sat before the United Nation’s Security Council and laid out evidence Iraq…

“Continuing wide-scale spread of COVID-19 due to unvaccinated likely leads to deah of immunocompromsedi, fully vaccinated, cancer patient, Colin Powell, first Black Secretary of State” … Lisa Senecal – “I think this is how Powell passing should be described.” — I agree with her!!

Covid takes the life of an American icon….Colin Powell dead from complications of Covid….. 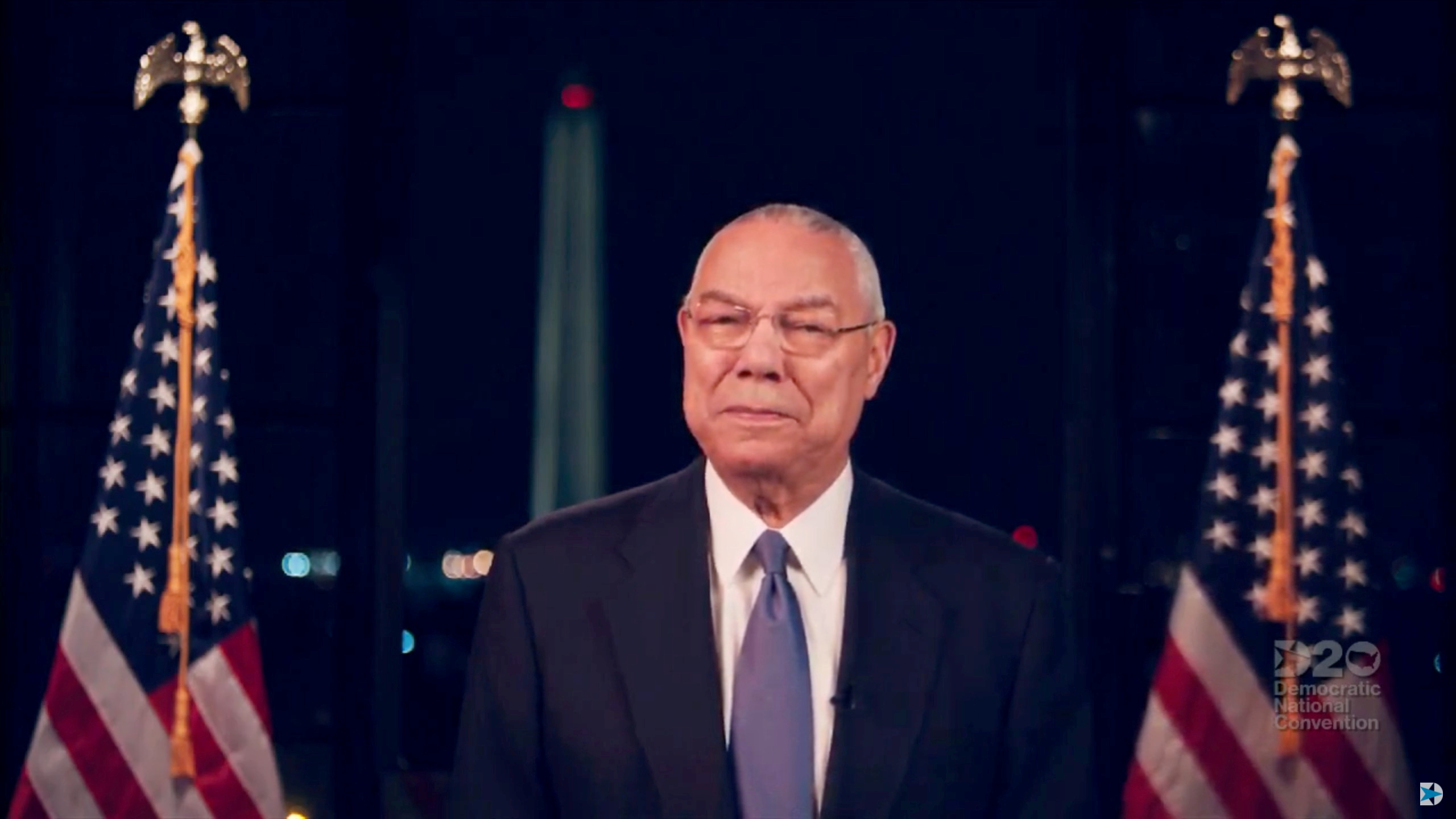 WASHINGTON, Oct 18 (Reuters) – Colin Powell, the son of Jamaican immigrants who rose to become the first Black U.S. secretary of state and top military officer but whose reputation was tainted in 2003 when he touted spurious intelligence to the United Nations to make the case for war with Iraq despite deep misgivings, died on Monday at the age of 84.

Despite being fully vaccinated against COVID-19, his family said, he died due to complication from the disease. read more

Powell was one of America’s foremost Black figures for decades. He was named to senior posts by three Republican presidents and reached the top of the U.S. military as it was regaining its vigor after the trauma of the Vietnam War.

Powell, who was wounded in Vietnam, served as U.S. national security adviser under President…

LOOK!! The MAGAts are saying this … IGNORE HIM!!

Here’s your cartoon for this week’s CNN Opinion newsletter. Please sign up to get these in your inbox every Sunday.

I have another idea on this and it’ll be in the next batch of roughs. I was going to draw it for my clients because I really like it. However, new news keeps happening and I don’t know if I’m going to be able to get around to it.

As for the blog, click the link above and read my editor’s column.

Signed prints:The signed prints are just $40.00 each. Every cartoon on this site is available. You can pay through PayPal. If you don’t likePayPal, you can snail mail it to Clay Jones, P.O. Box 3721, Fredericksburg, VA 22402. I can mail the prints directly to you or if you’re purchasing as a gift, directly to the person you’re gifting.

Notes on my book…

Read and learn!! This isn’t new!! … “First off, it is a global thing. It’s not just happening here in the United States. Also, it’s not new. Sure, it’s the first you think you’re hearing of it but just because you’re just now hearing about it (think of that as first-world privilege) doesn’t mean it hasn’t been happening.”

First off, it is a global thing. It’s not just happening here in the United States. Also, it’s not new. Sure, it’s the first you think you’re hearing of it but just because you’re just now hearing about it (think of that as first-world privilege) doesn’t mean it hasn’t been happening.

But you have heard about it…

Some gulls soared in the air above me.
They seemed almost to be enjoying the warmth and stillness.
A stillness so seldom here.