I’m old enough to remember … “Remember when condemning Nazis was a gimme? Condemning Nazis should be as easy as condemning puppy kickers, nun beaters, and people who keep posting their Wordles on Facebook. Republicans are afraid of offending Nazis because they’re on the same side as Nazis.” 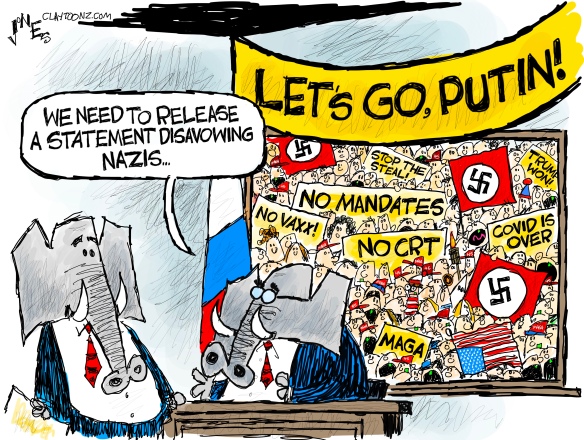 If you’re at a rally or a protest and the person next to you is flying a Swastika, you may be on the wrong side.

Why is this so hard for conservatives to understand? Oh, yeah. Because hate is not a deal-breaker for them. Look at all the Trump voters. The Trump train is the Hate Train.