THERE’S A LIMIT …. SAYING NO

I must set aside the light tone of the most recent IOTD.

I’d been trying for lighthearted images to go along the Christmas spirit and the holidays.

However, due to the most recent development from the Republican front-runner for the 2016 Presidency, I feel the need to say a few short words:

The rest is up for you to find out and decide for yourself.

By Arianna Huffington
Earlier today, (December 7, 2015), the candidate currently leading in the polls for the Republican presidential nomination called for a “total and complete shutdown of Muslims entering the United States.” That was, of course, Donald Trump. As Jeffrey Goldberg just tweeted, “Donald Trump is now an actual threat to national security. He’s providing jihadists ammunition for their campaign to demonize the US.”

A Note on Trump: We Are No Longer Entertained

THIS IS VERY SERIOUS FOR ME

We ALL are ONE!

*perfect example of karma at work*

NBC announced Monday that the network was cutting ties with Donald Trump over the Republican presidential candidate’s recent statements about Mexican immigrants.

“At NBC, respect and dignity for all people are cornerstones of our values. Due to the recent derogatory statements by Donald Trump regarding immigrants, NBCUniversal is ending its business relationship with Mr. Trump,” the network said in a statement.

The decision effectively cancels the annual airings of the Miss Universe and Miss USA pageants, which are co-owned by Trump and NBC. The statement also said Trump won’t appear as the host in the reality show “The Apprentice” this fall, a choice made by Trump to allow more time to focus on his presidential run.

And although Trump is the producer of “The Celebrity Apprentice,” NBC said the show will continue without its mainstay host.

NBC’s announcement comes after a Change.org petition of more than 200,000 signatures asked the network to fire the mogul over a string of comments that have portrayed Mexican immigrants, among other things, as “bringing drugs, they’re bringing crime, they’re rapists, and some, I assume, are good people” at his inaugural campaign speech. 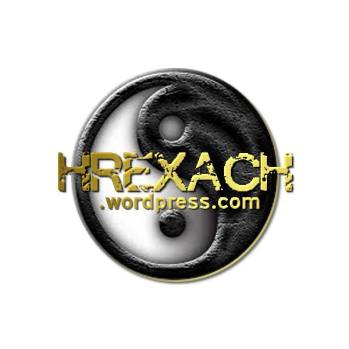 The largest Spanish-language broadcaster has decided to not air Donald Trump’s annual Miss USA pageant next month due to the presidential candidate’s recent comments on immigration.

“Today the entertainment division of #Univision Communications Inc. announced that it is ending the Company’s business relationship with the Miss Universe Organization, which is part-owned by Donald J. Trump, based on his recent, insulting remarks about #Mexican #immigrants.

At Univision we see first-hand the work ethic, love for family, strong religious values and the important role Mexican immigrants and Mexican-Americans have had and will continue to have in building the future of our country.

We will not be airing the #MissUSApageant on July 12 or working on any other projects tied to the Trump #Organization.”

When recently announcing his run for president, Trump called for a great wall to be built in order to stop illegal immigration from Mexico to the United States.

Here it is. There’s no way he can deny what he said and be credible.

Notice the bit of spittle on the right side of his lips.

Outspoken billionaire Donald Trump remained true to form during his presidential announcement speech Tuesday, delivering a rambling 30-minute talk that touched on a multitude of subjects, including jobs, immigration and wealth — but mostly China and Mexico.

I don’t profess to be any legal scholar. I don’t know all the details of this case. I will leave that to the professionals and those in the legal system who should be working on this. However, I have been following this case closely through the posts presented in the blogospshere.

I feel for the family, for the town, for the state and for the nation.

THERE HAS BEEN NO CHANGE SINCE THE CIVIL RIGHTS DEMONSTRATIONS

The problem seems to be “walking while black”.

Call for calm … but don’t expect it. This is a wound that hasn’t been healed in a long time and keeps getting “salt” spread unto it. 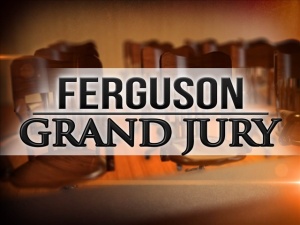 ~~How Ferguson showed us the truth about police~~

On August 9th, Ferguson police officer Darren Wilson shot a black teenager named Mike Brown. Since then, the city has been protesting. The police did not react well.

It starts from the Superiority Syndrome: People acting as if they’re more important than a U.S. President — when they clearly are not. To fingers in the face. To people questioning his already established and proven citizenship.

The incidents of disrespect towards President Obama continue.

When people criticize Administration policy, that’s just politics.  But several incidents directed at this President appear to find new lows.  Of course, people can disagree with the President. But, why can’t people respect the Office of the Presidency?

The very public nature of disrespect towards President Obama is noteworthy.

At 8 PM, instead of seeing the president outlining his long-awaited overhaul of one of the country’s most hotly debated issues, ABC viewers were treated to an episode of Grey’s Anatomy. Those tuning in to CBS were presented with an episode of The Big Bang Theory; Fox network viewers saw Bones and viewers tuning to NBC were be able to enjoy The Biggest Loser: Glory Days.

The move not to make formal requests to the four largest English-language networks comes at a low point in relations between the White House and the press pool, many of whom feel shut out by the Obama administration.

Born in 1941 in Brooklyn, Bernie was the younger of two sons in a modest-income family. After graduation from the University of Chicago in 1964, he moved to Vermont. Early in his career, Sanders was director of the American People’s Historical Society. Elected Mayor of Burlington by 10 votes in 1981, he served four terms.

Before his 1990 election as Vermont’s at-large member in Congress, Sanders lectured at the John F. Kennedy School of Government at Harvard and at Hamilton College in upstate New York.

It was around eleven years ago that the Dixie Chicks, extremely popular then and far from controversial, caused a massive stir when singer Natalie Maines declared on stage in London: “Just so you know, we’re on the good side with y’all. We do not want this war, this violence, and we’re ashamed that the president of the United States is from Texas.” It was a little more than a week before their fellow Texan launched a war based on lies.

Of course, hatred was quickly spewed in the Chicks’ direction by media types, political figures and country music yahoos — who never then or now get so excited when right-wing entertainers and media celebs make threats against a Democratic president.

Boycotts were immediately announced. Maines clarified two days later, “I feel the president is ignoring the opinions of many in the US and alienating the rest of the world.” But record sales and advance sales of concert tickets plunged.

This is the best explanation I’ve seen about this issue. Easy to understand, in real life terms. Here you have it. Now … what say you? Basically, America is being used … again … for the interests of a “few”. No thought about the “many”.

The owners of Koch Industries, Charles and David Koch, will benefit if President Obama allows the Keystone XL Pipeline to be built. In recent years it has been reported that the Kochs hold up to 2 million acres in Alberta, could earn roughly $100 billion in profits from the project, and have spent more than $50 million on Congress and Think Tanks that heavily push for the pipeline.

The Money Behind the Elections

Money has become an ongoing and heated topic in American elections.
In 2010, the Supreme Court cancelled any limits on the amount of cash corporations, unions and rich individuals could spend during elections.

Super PACs, once a term that drew befuddlement, is now part of the mainstream political lexicon, describing committees that can spend as much as they want on a campaign just so long as they don’t work directly with the candidate.

Fort Lauderdale police removed at least three volunteers, as well as the Sunday lunch they were serving to several dozen homeless people, citing a controversial new ordinance that prohibits food sharing. Passed in October 2014, the measure was created to try to cut down the growing population of homeless people in Fort Lauderdale. 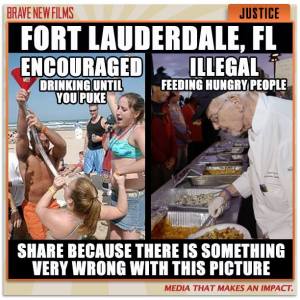