Kensington Palace confirmed in a tweet that both mother and baby were doing well, and that Prince William was there for the birth. 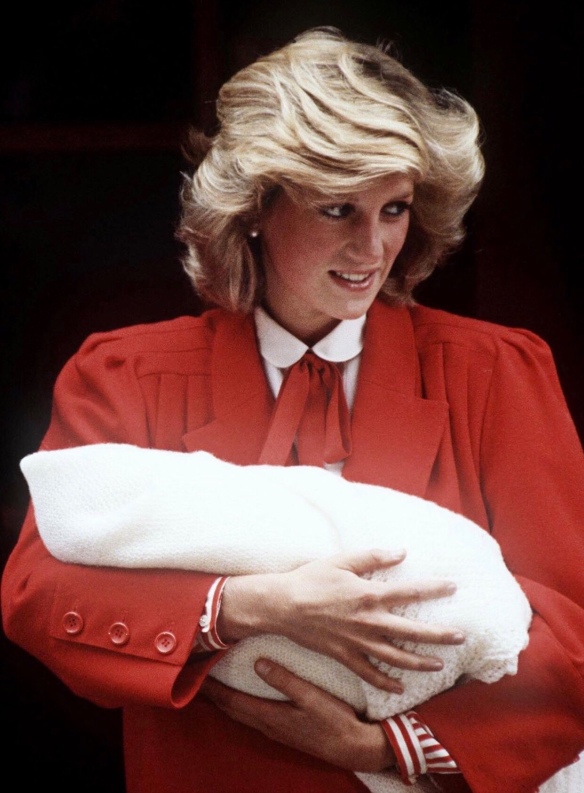 Prince Henry of Wales, KCVO, familiarly known as Prince Harry, is a member of the British royal family.

He is the younger son of Charles, Prince of Wales, and Diana, Princess of Wales, and is sixth in the line of succession to the British throne. 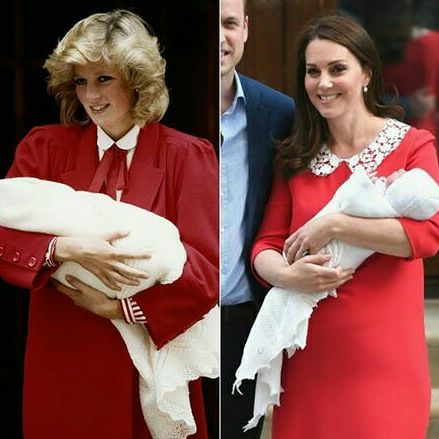 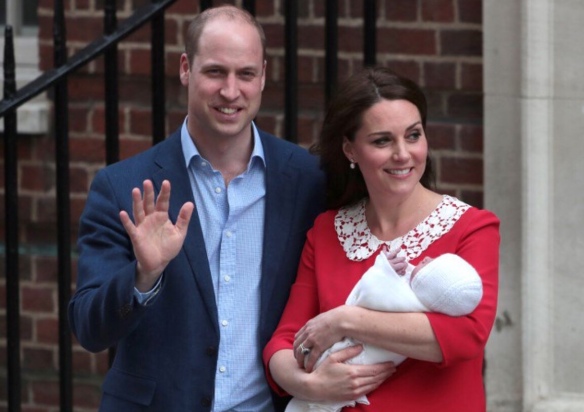 Kate Middleton, who’s known for her polished and sophisticated sense of style, sported the cherry red dress by designer Jenny Packham, which featured a white lace eyelet Peter Pan collar, while stepping out of the Lindo Wing of St. Mary’s Hospital in London on Monday, April 23, 2018.

Middleton and Prince William welcomed the baby boy on April 23, adding a third child to their royal brood; their son Prince George was born in 2013, while their daughter Princess Charlotte was joined them two years later in 2015.

I can’t remember if I read the book ‘1984, written by George Orwell while in school or college. I didn’t watch the movie either back then.

Since this ‘new administration’ in the USA, I picked up both the book and the movie. I can’t believe how the dystopian world portrayed in both is so similar to our current reality.

Orwell had a divination ball, traveled through time or could see into the future.

Nineteen Eighty-Four, often published as ‘1984’, is a dystopian novel published in 1949 by English author George Orwell

The novel is set in Airstrip One (formerly known as Great Britain), a province of the superstate Oceania in a world of perpetual war, omnipresent government surveillance, and public manipulation.

The superstate and its residents are dictated to by a political regime euphemistically named English Socialism, shortened to “Ingsoc” in Newspeak, the government’s invented language.

The superstate is under the control of the privileged elite of the Inner Party, a party and government that persecutes individualism and independent thinking as “thoughtcrime“, which is enforced by the “Thought Police“. 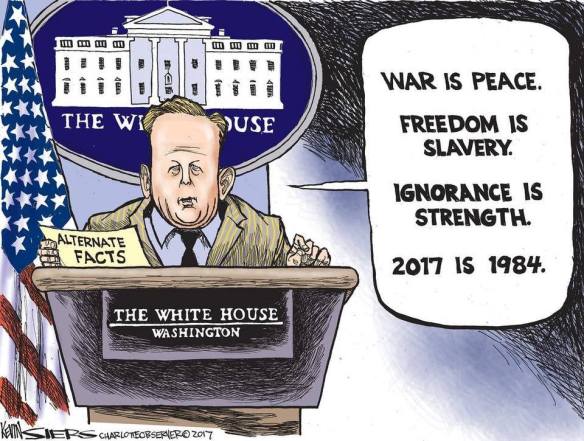 Often published as 1984, is a dystopian novel published in 1949 by English author George Orwell.

“War is Peace, Freedom is Slavery, Ignorance is Strength,“

three slogans of the English Socialist Party (“INGSOC” for short) of Oceania.

The goal of the INGSOC is to achieve total control over the people and, more importantly, over their minds.

This is Angelika, my oldest grand-daughter, you may have seen her here a few times. She is 9 years old.

She loves music, as much as I do. She’s been keeping me up to date with some of the new songs that are coming out. She knows the songs but doesn’t know the performer most of the time. I’ve trying to teach her it’s important to also know who is singing. Very frequently, we use the “Shazam” app to identify the singer/band.

I created this series: Angelika’s Songs  to post here the new songs that she teaches me about.

Angelika is still on her trip up north. I spoke with her today and she’s still looking for songs to educate me about.

~This is her most recent choice~

This tune is catchy and fun. I’m not sure that it would be cool for her to watch this video. I wonder if she already has seen it!

Last Friday Night (T.G.I.F.)
Katy Perry
“Last Friday Night (T.G.I.F.)” is a song by American recording artist Katy Perry. The song was produced by Dr. Luke and Max Martin, who also co-wrote the song with Perry and Bonnie McKee at Playback Recording Studio for Perry’s third studio album, Teenage Dream. Perry stated that she was inspired to write the track after a night of wild partying and streaking. It was released as the album’s fifth single on June 6, 2011 through Capitol Records with a remix featuring American hip-hop recording artist Missy Elliott released to U.S. radio stations and digital retailers on August 8, 2011; this version was included in Teenage Dream: The Complete Confection edition. Musically, the song is a prominent pop song with dance-pop influences, while the lyrics are about drunken fun and debauchery. Some of the risque lyrics in the song are often censored in radio versions of the song. The “T.G.I.F.” in the title is an acronym for “Thank God It’s Friday”.

The song had chart success in North America, reaching number one on the U.S. Billboard Hot 100 and Canadian Hot 100. It also topped U.S. charts such as the Hot Digital Songs, Pop Songs, Radio Songs, and Hot Dance Club charts, as with all of her previous singles. It also reached number one in Slovakia and the Czech Republic and has attained top-ten positions in Austria, Ireland, Italy, and Poland.

With “Last Friday Night (T.G.I.F.)“, Perry set a record for a female solo artist, having amassed five number one singles on the Billboard Hot 100 off a single album. This makes Perry the second artist in the 53 year history of the chart to amass five number one singles from a single album — the first was Michael Jackson. The song became Perry’s sixth number-one single on the Billboard Hot 100 chart, and her fifth consecutive number one single. The song joins the set’s first four singles, all of which reached No. 1: “California Gurls”, featuring Snoop Dogg; “Teenage Dream’, “Firework”, and “E.T.”, featuring Kanye West.

You’re invited to the party of the year!

I love this picture of Angelika. She was younger but you can see the energy and fun in her.

Yearning for those past times!

Katheryn Elizabeth “Katy” Hudson (born October 25, 1984), better known by her stage name Katy Perry, is an American singer, songwriter, and actress originally from Santa Barbara, California. She had limited exposure to mainstream pop music during her childhood and pursued a career in gospel music as a teenager, releasing her debut studio album, Katy Hudson in 2001.

The following year, she moved to Los Angeles to venture into pop and rock music. She recorded a collaborative album with the Matrix, which was released in 2009. She also worked on a solo album with Glen Ballard that was recorded but never released.

Ricky is celebrating 30 years as a performer.

#RMFACT the 1st time i walked on stage to perform professionally was on July 10th, 1984!

Click on this link. It will take you to a VIMEO tribute about his career.

Enrique Martín Morales (born December 24, 1971) also known as Ricky Martin, is a Puerto Rican pop musician, actor and author. Martin began his career at age twelve with the all-boy pop group Menudo. After five years with the group, he released several Spanish-language solo albums throughout the 1990s. He also acted on stage and on TV in Mexico, becoming a modest star in the country. In 1994 he starred on the American TV soap opera General Hospital, playing a Puerto Rican singer.

Vuelve (English: “Come Back“) is the fourth studio album by the Puerto Rican singer Ricky Martin released by Sony Music Latin and Columbia on February 10, 1998.