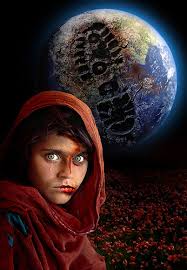 The late Michael Jackson steals the show at the 2014 Billboard Music Awards, held on Sunday, May 17, 2014, with a computer-generated hologram performance

The Michael Jackson performance on the 2014 Billboard Music Awards was the result of nearly half a year of planning, choreography and filming, not to mention the development of new technology.

Producers of the Billboard Music Awards did not see even a portion of the film until eight days before the broadcast.

The King of Pop is back in the spotlight.

The spectral Jackson performed “Slave to the Rhythm,” one of the singles from “Xscape,” a new album of posthumously released Jackson music.

He was accompanied by actual, physically present dancers.

Hologram Performs “Slave to the Rhythm” at 2014 Billboard Music Awards!

Although there were nearly 20 A-list performances at the 2014 Billboard Music Awards, it was the late Michael Jackson who garnered the biggest cheer of the evening at the MGM Grand Garden Arena in Las Vegas.

A computer-generated performance of the King of Pop dancing and singing a new song, Slave to the Rhythm, off his posthumous album Xscape prompted an emotional standing ovation from the crowd.

Xscape, released on May 2, features eight previously unreleased songs from Jackson that were recorded between 1983 and 1999.

Jackson, one of the most influential artists in music, having sold 1 billion records worldwide, died in 2009 at age 50 in Los Angeles from an overdose of the anaesthetic Propofol.