WE ALL ARE ON EDGE

One doesn’t need to really know the ‘official definition’ of crazy.

One knows crazy when one sees crazy.

This ‘so called president’ has shown all of the above and more.

The video explains a lot.

I feel this is important information about what is happening in the Republican Administration lead by Drumpf and what we need to be aware of.
Keith Olbermann series called “The Resistance” continues.
He has posted installment #136.
The video speaks for itself.
If this resonates with you, good.
If it doesn’t, just scroll away to the next blog.
Thank you!

Let’s be honest here, Drumpf’s brain does not work correctly.

Imagine, having to teach your child about violence on the streets.

Teaching them how to react in the face of danger.

Danger from those who are there to protect all of us.

This just plainly shouldn’t be.

Yet, this is the reality of many families today.

And, even sadder, this doesn’t even work out the right way.

I do not own this images 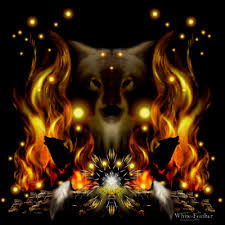 💞 …life’s unexpected turns are amazing!! After so long, we spoke today! My heart and soul are totally full!! … 💞
📺 … glued to HULU!! This is an amazing story, based on an amazing book!! On to Season Four!! … 📺
⛪️ … did you see what the Catholic Church just did to Pelosi? — confirms my decision for leaving it years ago!! … ⛪️
💞🇵🇷💞
🙏🏽 … please, take me back home!! … 🙏🏽
✊🏽🇵🇷 … the intent to reconstruct this pool at this exclusive condo complex gave rise to the current movement for the rescue of Puerto Rican beaches!