By now, you’ve read the story of Ahmed Mohamed – a boy who built a clock people knew wasn’t a bomb, but was treated as though it were a bomb because his name was Ahmed Mohammed.

Let’s all agree there was a point that everybody looked at this kid in his NASA t-shirt and realized they were over-reacting.

Then chose to make it worse.

And a certain type of phobia.

Of course, Ahmed was sad over this. Who wouldn’t be?

But look what happened: ‪

#‎IStandWithAhmed‬ began trending and a nation of people who want kids to “create, to tinker, to build and dream” rallied behind Ahmed.

NASA reached out. Mark Zuckerberg. The President of the United States.

Ahmed wanted to impress his teacher.

Instead, he impressed others.

I like it because it’s a happy ending to a sad story.

But I also like it because of the powerful message it sends to bad players.

That person you think won’t fight back?

That you feel you have power over?

Are you thinking of taking a cheap shot?

And if it’s truly egregious, people are going to rally behind that person and reward him in ways that make you seethe.

The kid you didn’t like is now a famous kid and gets to do cool things with cool people because uncool people did uncool things.

But I think people who AREN’T good tend to be small, petty and jealous.

And they can do a lot of damage to decent hearts.

So before that damage becomes permanent, I would like the correction to be MASSIVE.

So keep tinkering. Maybe you’ll impress your teacher. And even if you don’t, maybe you’ll meet the President or the guy who created Facebook.

Or get a ton of neat stuff from Microsoft.

You know who won’t see any of that stuff happen?

The person who was thoughtless and cruel.

Maybe the very possibility of that will make that small minds think twice.

All credit goes to Steve Marmel. This commentary was published in his Facebook page. I take no credit for the content or his thoughts. I happen to wholeheartedly agree and I’m sharing his exact words and comments

THERE WAS ONCE A BOY …. A MUSLIM BOY

On Sunday, September 13, 14-year-old Ahmed Mohamed built a homemade clock. It wasn’t especially difficult for him, and the result wasn’t polished — it looked like a mess of wires and circuitry. He was still adjusting to life as a high schooler, and he wanted to bring in something cool to show his teachers.

Mohamed eagerly showed several teachers the clock and explained what it was, but he didn’t get the congratulations he was expecting. Instead, he left school in handcuffs.

Young Mohamed’s story has drawn accusations of racism and Islamophobia, and many — scientists, technologists and members of the general public alike — are expressing shock and outrage. But as with any incident of discrimination, especially in science, the truth is that we aren’t really shocked. And that’s the worst part.

President Obama has tweeted from his official personal account, inviting Ahmed Mohamed to the White House to show him the clock invention that was mistaken for a bomb.

“Cool clock, Ahmed,” the president tweeted today. “Want to bring it to the White House? We should inspire more kids like you to like science. It’s what makes America great.”

Ahmed Mohamed, a 14-year-old Muslim boy, was arrested for bringing a homemade clock to school. His teachers thought it was a bomb. 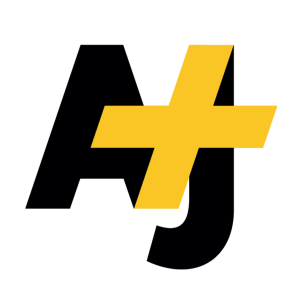