The taxpayers, of course.

It’s been 9 days since the director of the FBI sent a very vague letter to members of Congress related to those ‘pesky emails’.

Something found on Weiner’s laptop lead him to believe that there was more.

Perfect gift for the Republican nominee!!

This afternoon, he sent a second letter to Congress clearing her of all wrongdoing.

How much damage did nine days of ‘propaganda’ can to do to a successful campaing so very close to election day?

On September 11th, 2012, an American diplomatic mission in Benghazi (Libya) was attacked by over 150 armed gunmen. As a result, four Americans were killed and several others injured.

After more than two years of investigation, the House Select Committee on Benghazi has cleared Hillary Clinton of any wrongdoing in her role as Secretary of State during the 2012 attack in Libya that killed four U.S. troops.

The Committee released an 800-page final report that detailed the findings of the lengthy investigation, which the New York Times reports cost $7 million.

Hillary Clinton Cleared of Any Fault in Benghazi Investigation, One of the Costliest in Congressional History

Letter From FBI Related to Clinton Email Case
James B. Comey, the FBI director, said in a letter to members of Congress that “based on our review, we have not changed our conclusions that we expressed in July with respect to Secretary Clinton.” 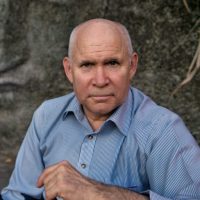