Dreams are successions of images, ideas, emotions, and sensations that occur involuntarily in the mind during certain stages of sleep. The content and purpose of dreams are not definitively understood, though they have been a topic of scientific speculation, as well as a subject of philosophical and religious interest, throughout recorded history. The scientific study of dreams is called oneirology.

These are the dreams that occur “physiologically”. There is another kind of “dream”.

What about the dreams and aspirations that we have? What do we want to accomplish? What goals have we set up? What do we wish for” 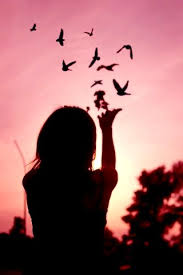 “If you have built castles in the air, your work need not be lost; that is where they should be. Now put the foundations under them.”
~~Henry David Thoreau, Walden~~

“Far away there in the sunshine are my highest aspirations. I may not reach them, but I can look up and see their beauty, believe in them, and try to follow where they lead.”
~~Louisa May Alcott~~

“I wondered about the explorers who’d sailed their ships to the end of the world. How terrified they must have been when they risked falling over the edge; how amazed to discover, instead, places they had seen only in their dreams.”
~~Jodi Picoult, Handle with Care~~

“This is my quest, to follow that star
No matter how hopeless,
No matter how far
To fight for the right
Without question or pause
To be willing to march into hell
For a heavenly cause … “

When we have a dream, we have the capacity to make it a reality. We have the tools and the instructions to make it real. No more dream but a factual reality, an achievement, a goal reached.

The power is within us. Dig deep, put forth the best effort.

The dream will come true.