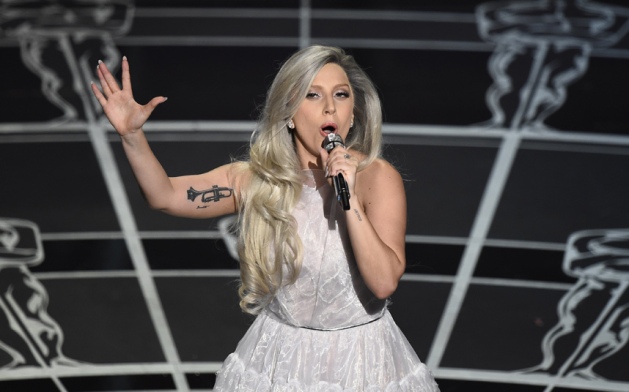 We’ve always known Lady Gaga is a special lady but what’s marked her apart in the past is her crazy outfits and outlandish stage performances.

So, we were left open-mouthed when Gaga took to the stage at the Oscars in Los Angeles on Sunday night to pay tribute to The Sound of Music.

The singer showed off a VERY different side to her vocals to mark the 50th anniversary of the musical film and sounded AMAZING!

Mother Monster opened her performance with The Hills Are Alive before moving on to My Favorite Things and Edelweiss and ended with a glass-shatteringly high note in Climb Every Mountain.

The audience was clearly impressed as they gave Gaga a huge round of applause and a standing ovation.

But the surprises didn’t stop there – Julie Andrews, who plays Fraulein Maria in the movie, joined Gaga on stage for a hug afterwards before Julie presented the award for Best Original Score.