I was waiting for MOANA to come out.

From the previews I’d seen, I knew it was a ‘must see’ movie.

So far, I’ve seen it twice with the grand-kids.

For lighthearted fun, for an amazing animated quality production and for amazing music, this is a ‘must see’ movie. 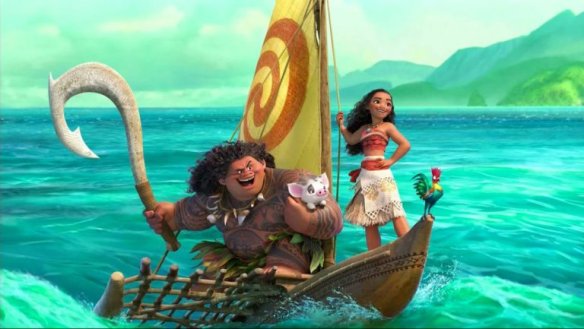 Alessia Caracciolo (born July 11, 1996), professionally known as Alessia Cara, is a Canadian singer and songwriter. She is signed to EP Entertainment and Def Jam Recordings and is best known for “Here“, her debut single from the debut studio album, Know-It-All, released November 13, 2015.

The video features the sweet-faced singer and songwriter singing on a beach, between shots of her walking alongside the water to closeups of her face as the wind blows through her hair.

All the while, she sings, “See the line where the sky meets the sea?/It calls me/And no one knows how far it goes/If the wind on my sail on the sea stays behind me/One day I’ll know, if I go there’s just no telling how far I’ll go …”

“How Far I’ll Go” was written by “Hamilton” creator and Tony Award-winner Lin-Manuel Miranda, who wrote all the film’s songs alongside Mark Mancina.

See the film, starring Dwayne The Rock Johnson & Auliʻi Cravalho, in theatres in 3D since Thanksgiving!

The Moana soundtrack is available.

They are known for being compact, lightweight, rugged, wearable or mountable in unusual places such as outside a quadcopter, planes, cars, boats, bicycle and motorcycle helmets or army tanks. The cameras capture still photos and/or video in HD through a wide-angle lens and can be configured to work automatically with minimum intervention and/or remotely.

The company is based in San Mateo, California.

~~Waltz On The Walls Of City Hall~~ 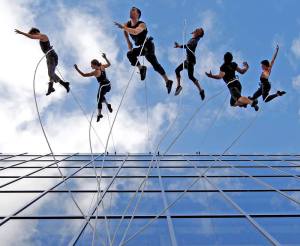