The best remedies for today’s woes.

Comedian Jimmy Fallon loves to make his celebrity guests partake in the hilarious “Wheel of Musical Impressions” segment of The Tonight Show.

It’s a fun game where a random singer is paired up with a random song title. Jimmy’s guest goes head to head with him to see who is better at doing a successful impression of the artist singing that song. The combinations that the “wheel” comes up with are pretty wild, and it almost always has everyone in stitches.

Some guests can do some pretty amazing impressions, and pop star Christina Aguilera is definitely one of them. She totally shined on the latest incarnation of the Wheel of Musical Impressions.

“As it appears in … full read’/full credit” 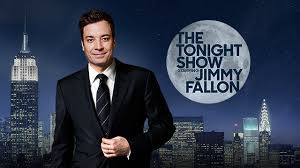 Jimmy challenges Christina to a game of random musical impressions, such as Britney Spears singing “This Little Piggy.”

There are six competitors left.

I didn’t finish it yet but I already know who was eliminated.

I think the judges and the viewers may have a difficult time because the remaining competitors are good, each in their own right.

I did get to watch the two routines that received perfect scores.

In my humble opinion, they were both very well executed.

The videos are included below.

I hope you enjoy them as I did.

Jodie Sweetin’s Perfect Score On ‘Dancing With The Stars’

The Fuller House star and pro Keo Motsepe also earned their first perfect score of the season, and she just had one thing to say: “Mom, I did it!”

Jodie Sweetin knows how to make her mother proud!

After the show, she told PEOPLE she’d set a goal of getting perfect 10’s this week.

“I think we’ve done that every week. We said alright, this is what we’re going to do this week, and we’ve accomplished it,” Sweetin told PEOPLE.

Ginger Zee and Val Chmerkovskiy did a perfect Artgentine tango routine to Lady Gaga’s “Telephone” on Monday’s “Dancing With The Stars.”

This week’s theme was “Judges Team Up,” and they were once again flawless.

For her and Chmerkovskiy’s Artgentine tango dance, Inaba said, “That was mind-blowing.” She added that they were dating as if they were one being, and it was “incredible.” Len Goodman felt, “That was one helluva dance.” And Tonioli expressed, “I was really smitten by your performance.” He further called it “outstanding” and “magic.”

Zee and Chmerkovskiy received another 30 out of 30 points. Check out the video below of Ginger Zee and Val Chmerkovskiy’s perfect performance to Lady Gaga’s “Telephone” on Monday’s “Dancing With The Stars.”

Jodie Sweetin and Keo Motsepe dance the Jive to “Something’s Got A Hold On Me” by Christina Aguilera on Dancing with the Stars’ Season 22 America as the 4th judge night!

Ginger Zee and Valentin Chmerkovskiy dance the Tango to “Telephone” by Martynas on Dancing with the Stars’ Season 22 America as the 4th judge night! 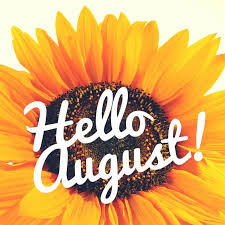