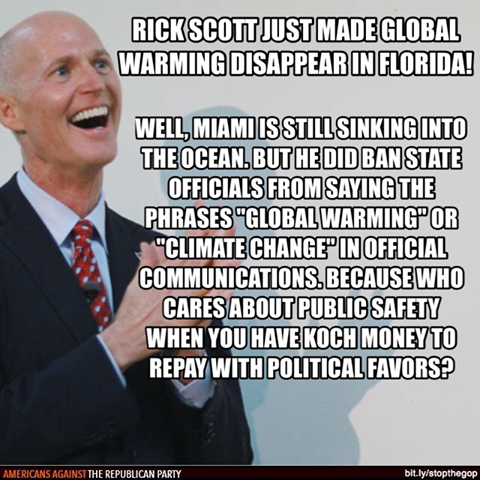 The state of Florida is the region most susceptible to the effects of global warming in this country, according to scientists. Sea-level rise alone threatens 30 percent of the state’s beaches over the next 85 years.

But you would not know that by talking to officials at the Florida Department of Environmental Protection, the state agency on the front lines of studying and planning for these changes.

DEP officials have been ordered not to use the term “climate change” or “global warming” in any official communications, emails, or reports, according to former DEP employees, consultants, volunteers and records obtained by the Florida Center for Investigative Reporting.

The policy goes beyond semantics and has affected reports, educational efforts and public policy in a department with about 3,200 employees and $1.4 billion budget. 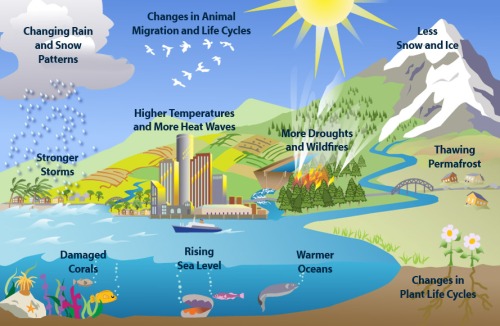 “We were told not to use the terms ‘climate change,’ ‘global warming’ or ‘sustainability,’” said Christopher Byrd, an attorney with the DEP’s Office of General Counsel in Tallahassee from 2008 to 2013. “

That message was communicated to me and my colleagues by our superiors in the Office of General Counsel.”

This unwritten policy went into effect after Gov. Rick Scott took office in 2011 and appointed Herschel Vinyard Jr. as the DEP’s director, according to former DEP employees. Gov. Scott, who won a second term in November, has repeatedly said he is not convinced that climate change is caused by human activity, despite scientific evidence to the contrary.