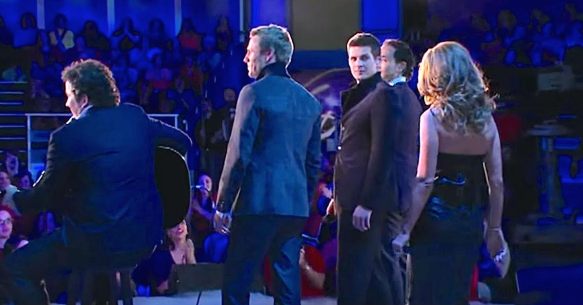 CELINE DION AND THE CANADIAN TENORS

It reminds me of so much …

Hope you enjoy this one too!

Celine Dion Surprises The Canadian Tenors During Their Rendition Of “Hallelujah”

The Canadian Tenors are a vocal quartet comprised of members Remigio Pereira, Victor Micallef, Fraser Walters, and Clifton Murray. The quartet are known for their performance of operatic pop, which consists of classical music and mainstream music.

They have been hailed as one of Canada’s “national treasures” by critics and fans alike.

On February 10th, 2010, the group had the privilege of visiting the Oprah Winfrey Show, where they held a mini concert. While singing their rendition of the song “Hallelujah,” they get the surprise of a lifetime.

As they’re singing, someone comes up from backstage to surprise them, and the guys are absolutely shocked when they see that it’s none other than legendary Canadian songstress, Celine Dion!

Baby I have been here before
I know this room, I’ve walked this floor
I used to live alone before I knew you.
I’ve seen your flag on the marble arch
Love is not a victory march
It’s a cold and it’s a broken Hallelujah

I did my best, it wasn’t much
I couldn’t feel, so I tried to touch
I’ve told the truth, I didn’t come to fool you
And even though it all went wrong
I’ll stand before the Lord of Song
With nothing on my tongue but Hallelujah