“One man traded 2 legs for the freedom of the other to trade 2 balls for 2 boobs. Guess which man made the cover of Vanity Fair, was praised for his courage by President Obama and is to be honored with the ‘Arthur Ashe Courage Award’ by ESPN?” the text read.

Jenner, who won the gold medal in the men’s decathlon at the 1976 Summer Olympics, delivered a stirring speech at last night’s awards ceremony on ABC in which she preached “accepting people for who they are.”

“Trans people deserve something vital,” she said. “They deserve your respect.

And from that respect, comes a more compassionate community, a more empathetic society and a better world for all of us.”

Let me put in my two cents, if you don’t mind.

(in my humble opinion)

NOUN
the ability to do something that frightens one:
“she called on all her courage to face the ordeal”

I am no die hard Jenner fan.

However, I am a proud member of the LGBTQ community. I also worked as a primary care physician for the Veterans Administration for 27 years. I’ve seen first hand the ravages of war and the long lasting effects on the Americans who serve in the military forces – whichever military branch they choose.

I treated veterans from WWI, Korea, WWII, Vietnam, Granada, Iraq and Afghanistan … and many other conflicts as well as peacetime.

On one hand, without any intention of putting any soldier down or demeaning their actions and valor, aside from any who was drafted (which hasn’t happened since Vietnam), and with all the respect that they are due, each and every one of the individuals who serve in the military chose to do so.

All individuals making any kind of choice, need to be aware of the consequences of said choice.

This is a fact that applies to anyone making any kind of decision.

Those who choose to join the military are educated in their new field, trained, supervised and provided with all the necessary means that their job requires. They are led by supervisors, superiors. They have their plans laid out for them. There are “maps” and guidelines to follow along the way. Protocols are set in place and there are manuals which explain how to make any decision and the possible interventions, outcomes and management of resulting situations.

I do not know the details of U.S. Army veteran Gregory D. Gadson participation in the military. I can seen that he gave up a lot while serving this country.

However, I feel comfortable in saying that this soldier chose to join the military … and must have known the possible consequences of that choice.

I’m sure he is one of the best trained soldiers in the military.

This country’s soldiers are now considered heroes. They are honored (after the Vietnam lesson was learned). They are supported, respected, celebrated, honored and valued.

What is the military?

In simple terms, the U.S. Armed Forces are made up of the five armed service branches: Air Force, Army, Coast Guard, Marine Corps, and Navy. There are three general categories of military people: active duty (full-time soldiers and sailors), reserve & guard forces (usually work a civilian job, but can be called to full-time military duty), and veterans and retirees (past members of the military). And of course there are the millions of family members and friends of military members, past and present. But you’re here to learn more about the military. There is much to learn! So first the basics. Exactly who is in charge?

The President of the United States is the Commander in Chief, who is responsible for all final decisions. The Secretary of the Department of Defense (DoD) has control over the military and each branch – except the Coast Guard, which is under the Dept. of Homeland Security. With over 2 million civilian and military employees, the DoD is the world’s largest “company.”

Each branch of the military has a unique mission within the overall mission of U.S. security and peace. 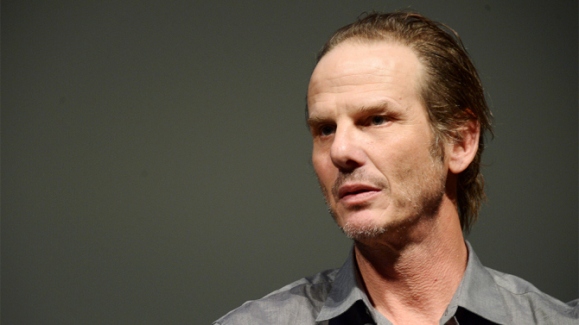 Can you begin to imagine the social climate that he was born into?

I’m sure that many a’times, he felt that he was the only one in the world who felt like he did.

Bruce Jenner didn’t chose to be transgender; he was born that way. He didn’t have role models.

He was making his own journey … blindly.

He must have run into plenty of obstacles and he was definitely trying to fit in the category that society had for him.

And that he did that very well …. he was a man’s man. He won the gold medal in the men’s decathlon at the 1976 Summer Olympics.

He was married several times. He procreated. He tried to do what was expected of him in his role as a very public man, an incredible athlete.

Caitlyn Jenner admitted her transition was ”harder than she imagined”.

She said: ”This transition has been harder on me than anything I could have imagined.

”And that’s the case for so many others besides me. For that reason alone, trans people deserve something vital.

They deserve your respect.

”And from that respect comes a more compassionate community, a more empathetic society, and a better world for all of us.”

We’re all different. That’s not a bad thing. That’s a good thing.

”And while it may not be easy to get past the things you always don’t understand, I want to prove that it is absolutely possible if we only do it together.”

I’m sure she has experienced all of this.

She has been shunned, ignored, insulted, abused, ridiculed and “assaulted” by the media and many others like you, Mr. Berg. Show some compassion, empathy. Show some acceptance.

Definition of courage: the ability to do something that frightens one.

These are different types of courage. You are comparing apples to oranges.

You may look better, to those who have a heart and practice compassion, though, if you keep it to yourself.

History of violence against LGBTQI people in the United States

A hate crime is simply defined as when individuals become victimized because of their race, ethnicity, religion, gender or sexual orientation. Hate crimes against LGBTQI people often occur because the perpetrators are homophobic. Violence targeted at people because of their perceived sexuality can be psychological and physical up to and including murder. These actions may be caused by cultural, religious, or political mores and biases.