It seems that this Republican administration is going down a slippery slope.

Freedom of the press has been a pillar of the democracy proudly proclaimed by the United States of America.

This pillar is strongly and ‘bigly’  protected by the First Amendment of the United States Constitution.

If this change would ever come to fruition, the consumer would be the one mostly affected.

Drumpf said he plans to change libel laws in the United States so that he can have an easier time suing news organizations.

During an interview with ABC’s This Week on Sunday, April 30, about the Drumpf’s first 100 days in office, the White House chief of staff, Reince Priebus, remarked that “newspapers and news agencies need to be more responsible with how they report the news.”

When asked whether the Drumpf administration wants to change laws to allow the President to sue the press, Priebus responded:

“I think it’s something that we’ve looked at.”

Freedom of the press in the United States is protected by the First Amendment to the United States Constitution. This amendment is generally understood to prevent the government from interfering with the distribution of information and opinions.

He has posted installment #66.

This is how a dictator behaves.

WE LOST ANOTHER AMAZING HUMAN BEING

She was a true intellectual.

She will be missed dearly. Her great sense of humor will forever be remembered.

We lost an important, loud voice against the ‘man’!

She was the daughter of singer Eddie Fisher and actress Debbie Reynolds.

Fisher was also known for her semi-autobiographical novels, including Postcards from the Edge and the screenplay for the film of the same name, as well as her autobiographical one-woman play and its nonfiction book, Wishful Drinking, based on the show.

She additionally served as a script doctor, working on other writers’ screenplays. In later years, she earned praise for speaking publicly about her experiences with bipolar disorder and drug addiction.

Fisher died at the age of 60 on December 27, 2016, four days after going into cardiac arrest near the end of a transatlantic flight from London to Los Angeles.

Carrie Fisher was famously open about her own mental illness and relished in calling out crazy wherever she saw it.

~Here are her best tweets about Donald Trump~

Human begins do not realize
Struggling and surviving human prefers

One day, Nature will surely suffer.

Factories & industries releases harmful gases,
Unaware human being still careless
What will happen to the world?
This is my concern for tomorrow’s world.

Let rise to occasion and minimize the pollution,
Save the nature and avoid congestion,
If nature continue to suffers,
Generation next shall curse their mentors.

Let’s pledge, not to play with nature more,
Plant more trees, save pollution and be assured,
Nature will pay back all the dividends,
Giving generation next, a healthy and safe land.

Everyday children around the world are starving,
Children have to go without food,
When their parents don’t have the money to feed them,
All over the world, there are times,
When all children have went to bed without anything to eat.

Children die every single day,
Because they don’t have
Enough money to feed themselves.

Food should be free to low-income families,
So that the people who can’t afford to feed their children can feed them,
Without having to worry that their children or themselves will die,
If food is free to these people,
We will have children for our next generation.

A humble celebration of a giant pillar of our Earth

THERE ARE NO WORDS TO ADEQUATELY ACKNOWLEDGE THE IMPORTANCE OF THIS INCREDIBLY AMAZING HUMAN BEING. NEITHER ARE THERE WORDS TO QUANTIFY THE LOSS THAT WE HAVE HAD WITH HER PASSING AND LEAVING THIS PLANE.

May she rest in eternal peace ….. Heaven has a new angel.

Maya Angelou (born Marguerite Ann Johnson; April 4, 1928 – May 28, 2014) was an American author and poet. She published seven autobiographies, three books of essays, and several books of poetry, and is credited with a list of plays, movies, and television shows spanning more than fifty years.

She received dozens of awards and over thirty honorary doctoral degrees. Angelou is best known for her series of seven autobiographies, which focus on her childhood and early adult experiences.

The first, I Know Why the Caged Bird Sings (1969), tells of her life up to the age of seventeen, and brought her international recognition and acclaim.

She became a poet and writer after a series of occupations as a young adult, including fry cook, prostitute, night-club dancer and performer, cast-member of the opera Porgy and Bess, coordinator for the Southern Christian Leadership Conference, and journalist in Egypt and Ghana during the days of decolonization.

She was an actor, writer, director, and producer of plays, movies, and public television programs. Since 1982, she taught at Wake Forest University in Winston-Salem, North Carolina, where she holds the first lifetime Reynolds Professorship of American Studies.

She was active in the Civil Rights movement, and worked with Martin Luther King, Jr. and Malcolm X. Since the 1990s she made around eighty appearances a year on the lecture circuit, something she continued into her eighties. In 1993, Angelou recited her poem “On the Pulse of Morning” at President Bill Clinton‘s inauguration, the first poet to make an inaugural recitation since Robert Frost at John F. Kennedy‘s inauguration in 1961.

With the publication of I Know Why the Caged Bird Sings, Angelou publicly discussed aspects of her personal life. She was respected as a spokesperson of black people and women, and her works have been considered a defense of black culture.

Although attempts have been made to ban her books from some US libraries, her works are widely used in schools and universities worldwide. Angelou’s major works have been labeled as autobiographical fiction, but many critics have characterized them as autobiographies. She made a deliberate attempt to challenge the common structure of the autobiography by critiquing, changing, and expanding the genre.

Her books center on themes such as racism, identity, family, and travel. Angelou is best known for her autobiographies, but she is also an established poet, although her poems have received mixed reviews. 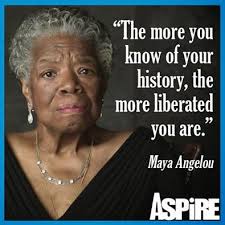 This video was made for a project in 2007