Deforestation is the permanent destruction of forests in order to make the land available for other uses.

An estimated 18 million acres (7.3 million hectares) of forest, which is roughly the size of the country of Panama, are lost each year, according to the United Nations’ Food and Agriculture Organization (FAO).

We Are One Earth

Deforestation is the permanent destruction of forests in order to make the land available for other uses. An estimated 18 million acres (7.3 million hectares) of forest, which is roughly the size of the country of Panama, are lost each year, according to the United Nations’ Food and Agriculture Organization (FAO).

CAUSES
There are many causes of deforestation. The WWF reports that half of the trees illegally removed from forests are used as fuel.

Some other common reasons are

To make more land available for housing and urbanization
To harvest timber to create commercial items such as paper, furniture and homes
To create ingredients that are highly prized consumer items, such as the oil from palm trees
To create room for cattle ranching

Railroads played a large role in the development of the United States from the industrial revolution in the North East 1810–50 to the settlement of the West 1850–1890. The American railroad mania began with the Baltimore and Ohio Railroad in 1828 and flourished until the Panic of 1873 bankrupted many companies and temporarily ended growth.

Although the South started early to build railways, it concentrated on short lines linking cotton regions to oceanic or river ports, and the absence of an interconnected network was a major handicap during the Civil War. The North and Midwest constructed networks that linked every city by 1860. In the heavily settled Midwestern Corn Belt, over 80 percent of farms were within 5 miles (8 km) of a railway, facilitating the shipment of grain, hogs and cattle to national and international markets. A large number of short lines were built, but thanks to a fast developing financial system based on Wall Street and oriented to railway bonds, the majority were consolidated into 20 trunk lines by 1890. State and local governments often subsidized lines, but rarely owned them.

The system was largely built by 1910, but then trucks arrived to eat away the freight traffic, and automobiles (and later airplanes) to devour the passenger traffic. The use of diesel electric locomotives (after 1940) made for much more efficient operations that needed fewer workers on the road and in repair shops.

Off the rails: US railway crisis blamed on lack of funding, crumbling infrastructure

The US is no stranger to fatal railway accidents: over the last decade, dozens of lives were lost, and hundreds of people injured in train wrecks. All this is due to lack of funding, infrastructure and development, critics say.

The latest train crash has left at least six people killed and dozens injured, with the cause of the crash remaining unknown. It came on the eve of the railway budget bill that could see the funding for Amtrak slashed by 20 percent, from $1.4 to 1.13 billion.

In comparison, China’s railway budget for the next fiscal year is an estimated $128 billion, the Atlantic news portal reported.

The issues that the rail system faces in the US are an alleged lack of the federal commitment to build the high-speed efficient transport links, plus crumbling infrastructure – the latter even became the focus point of a recent documentary ‘Falling Apart’ on CBS.

The documentary stated that the flailing transport system is largely due to “decades of neglect” by the government.

A striking example that the film provided was that 70,000 bridges in the country need to be either replaced or dramatically repaired.

Another problem of the rail system is population density: the US is far less dense than, for instance, Spain or France. Nevertheless, even in the most densely-populated areas of the country, the railway network has been reported slow and inefficient.

CAN ONE SAY “ANOTHER ONE BITES THE DUST”? 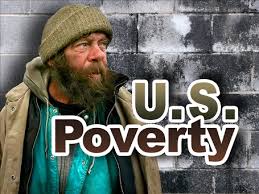