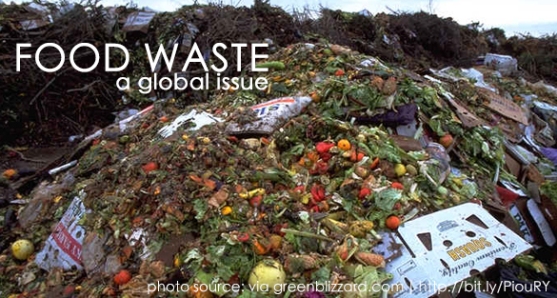 A WORLD OF WASTE

As I was growing up, I remember my parents telling me to eat everything off my plate.

There was no food to be wasted.

Other statements where: eat it all, there are people all over the world that don’t have enough to eat.

I’m sure many have heard those words.

We are also “informed” about how many people endure hunger worldwide.

We wonder why that happens when we are in the “land of plenty”.

Take a look …. and open your eyes.

Food waste or food loss is food that is discarded or lost uneaten. The causes of food waste or loss are numerous, and occur at the stages of production, processing, retailing and consumption.

As of 2013, half of all food is wasted worldwide, according to the British Institution of Mechanical Engineers.

Today, America is considered to be one of the most wasteful countries in the world, especially when it comes down to food. We, as Americans, spend close to $200 billion a year just on waste and obesity alone. Most American households dump anywhere between 20-25% of the food they buy each year.

This adds to an alarming $43 billion a year that is, metaphorically speaking, just going down the drain!

Not only do households waste a lot of food, but grocery stores and restaurants do as well! It has been estimated that grocery stores and restaurants throw out over 35 million tons of food each year at an annual cost of $30 billion! And what’s really sad is almost 12% of the food waste that are in our landfills (see image below) come from unharvested crops that were never picked due to there not being a high demand for the crop at the time.

Why Are We Wasting So Much Food? 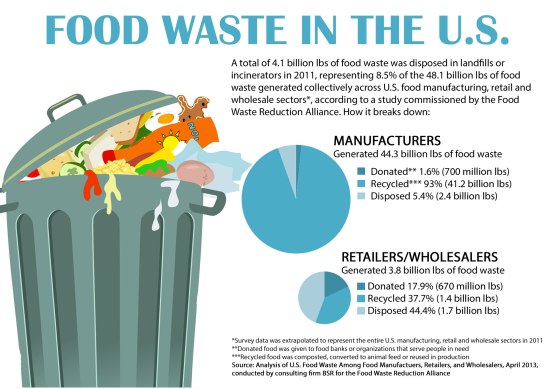 AWAY FOR A FEW DAYS

I was away from active blogging for a bit.

I wasn’t away from the world.

Maybe I should’ve been.

But, if I was, I would’ve missed the “donald’s” ascent, the #CecilTheLion outrage, the Empire State Building’s #RacingExtinction, the Fox News debate debacle, the Planned Parenthood controversy, the continued bombing in Yemen, the death of a toddler in Palestine .. and so much more.

Sometimes I wonder if it would’ve have been better for me.

Yet, I can’t disconnect. I need to know.

I need to be aware.

I need to be informed .. if only to share in this humble spot. Could any of us totally disconnect?

Ignorance is a state of being uninformed (lack of knowledge).The word ignorant is an adjective describing a person in the state of being unaware and is often used as an insult to describe individuals who deliberately ignore or disregard important information or facts. Ignoramus is commonly used in the US, the UK, and Ireland as a term for someone who is willfully ignorant.

Ignorance is distinguished from stupidity, although both can lead to “unwise” acts.

Writer Thomas Pynchon articulated about the scope and structure of one’s ignorance: “Ignorance is not just a blank space on a person’s mental map. It has contours and coherence, and for all I know rules of operation as well. So as a corollary to [the advice of] writing about what we know, maybe we should add getting familiar with our ignorance, and the possibilities therein for writing a good story.”

Oppression is the exercise of authority or power in a burdensome, cruel, or unjust manner. It can also be defined as an act or instance of oppressing, the state of being oppressed, and the feeling of being heavily burdened, mentally or physically, by troubles, adverse conditions or people, and anxiety.

The systematic, socially supported mistreatment and exploitation of a group, category, or team of people or individual.

~~Government oppression through the use of force~~

Stillness is the key to defeating all forms of ignorance, for in truth without movement IT is actually doomed.

We ALL fight the FIGHT!! 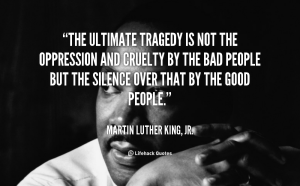 Get informed, get educated and stand up!!

💞 …life’s unexpected turns are amazing!! After so long, we spoke today! My heart and soul are totally full!! … 💞
📺 … glued to HULU!! This is an amazing story, based on an amazing book!! On to Season Four!! … 📺
⛪️ … did you see what the Catholic Church just did to Pelosi? — confirms my decision for leaving it years ago!! … ⛪️
💞🇵🇷💞
🙏🏽 … please, take me back home!! … 🙏🏽
✊🏽🇵🇷 … the intent to reconstruct this pool at this exclusive condo complex gave rise to the current movement for the rescue of Puerto Rican beaches!