PAYMENT FROM THE REPUBLICAN NATIONAL COMMITTEE

It’s you who keeps bringing the topic up.

Could there really be kompromat in the Steele Dossier?

“Workers of firm involved with the discredited and Fake Dossier take the 5th. Who paid for it, Russia, the FBI or the Dems (or all)?”

In Russian politics, Kompromat, literally “compromising material”, is damaging information about a politician or other public figure used to create negative publicity, for blackmail, or for ensuring loyalty.

Kompromat may be acquired from various security services, or outrightly forged, and then publicized by use of a public relations official.

Widespread use of kompromat has been one of the characteristic features of the politics of Russia, and other post-Soviet states.

I feel this is important information about what is happening in the Republican Administration lead by Drumpf and what we need to be aware of.
Keith Olbermann series called “The Resistance” continues.
He has posted installment #139.
The video speaks for itself.
If this resonates with you, good.
If it doesn’t, just scroll away to the next blog.
Thank you!

Let’s hope they get better lawyers than his.

The Drumpf Republican administration’s far-reaching plan to arrest and deport vast numbers of undocumented immigrants has been introduced in dramatic fashion over the past month.

And much of that task has fallen to thousands of ICE officers who are newly emboldened, newly empowered and already getting to work.

Gone are the Obama-era rules that required them to focus only on serious criminals.

The line has been drawn in the sand.

The stay was ordered and the Drumpf administration has appealed.

‘The threat from radical Islamic terrorism is very real, just look at what is happening in Europe and the Middle-East.

In a tweet coming shortly after Robart’s initial ruling, he called him a “so-called judge,” whose decision put national security in jeopardy.

The context of this bullish statement directed at the courts is that, on Tuesday, February 7, the Ninth Circuit Court of Appeals will take up the issue of the legality of Trump’s presently suspended Muslim ban. This hearing comes as just one stop in an already long and winding legal battle between those opposed to the ban and those in favor of it.

Seattle Federal Judge James Robart ruled against the ban late last Friday, February 3, and the Trump administration has been up in arms ever since then, trying to get it reinstated.

We may be the only lawyers on earth whose clients are all innocent.

Join us in using the law to protect the lives and advance the interests of animals! 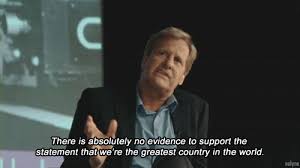