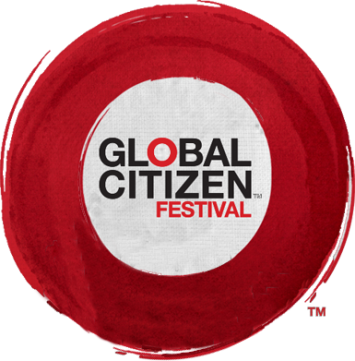 Over 60,000 people gathered on Central Park’s Great Lawn Saturday, September 26, for the 2015 Global Citizens Festival — an event featuring world leaders and socially conscious artists who wish to shed light on the issue of global poverty, and how to end it.

“Everybody in the world is entitled to be treated with dignity. No time in the history of the world has it been harder to hide injustice,” said Vice President Joe Biden. “I see a sea of global citizens. We can change the world, we really can, you can. At no time in history has so much power been available to make such a difference for so many people. I refuse to believe that we’re not going to try.”

Pledges were made onstage that will affect the lives of more than 92 million people, and the festival, which was livestreamed to millions courtesy of MSNBC and YouTube, was hosted by the likes of Stephen Colbert, Kerry Washington, and Hugh Jackman, and featured performances and speeches from Leonardo DiCaprio, Ed Sheeran, Ariana Grande, Common, Coldplay, Pearl Jam, Beyoncé, and more.

“As it appears … full read/full credit”

Girls may not run the world — yet — but they dominated the Global Citizen Festival in New York City’s Central Park Saturday night.

Pope Francis set the stage, cruising through the park less than 24 hours earlier for his U.S. visit, but it was Beyoncé, activist Malala Yousafzai and First Lady Michelle Obama who stole the show.

“It’s not that there is lack of money in this world,” she said. “We have billions and trillions of dollars, but where the money goes is military; it’s things that are useless and that are not useful to society.”

Calls for gender equality, education, sanitation and climate action stood out among the United Nations’ 17 other “Global Goals,” sustainable development milestones that the event organizers hoped the 60,000 people who gathered there would memorize and share.

With special guest appearances by Ariana Grande, Common, Tori Kelly and Sunidhi Chauhan you don’t want to miss out.

Nobel Prize laureate Malala Yousafzai addressed the opening of the United Nations General Assembly on Friday, September 25. Speaking from above the floor of the assembly, Yousafzai told world leaders to “look up, because the future generation is raising their voice.”

“Promise us that you will keep your commitments and invest in our future. Promise that every child will have the right to safe, free and quality primary and secondary education,” she said.

Pakistan’s Malala Yousafzai, who won the Nobel Peace Prize this year with Indian children’s rights activist Kailash Satyarthi, said the United Nations’ goals from next year should focus on education.

“We must be determined that our dream of quality education for all will also come true,” Yousafzai said today in the text of a speech delivered in Norway as she accepted the prize. Leaders gathering in 2015 to decide on the next set of sustainable development goals “must seize this opportunity to guarantee a free, quality primary and secondary education for every child.”

Yousafzai, 17, was shot in the head by the Taliban in 2012 in retaliation for her campaign for girls to be given equal rights to schooling, defying threats from militants in her hometown of Mingora. She became the first teenager to win the prize, announced in Oslo in October.