YOU’VE HAD A ROUGH WEEK

FOR ABOUT ONE YEAR NOW

“Despacito‘ is a song very close to my heart. It took over the airwaves, cyberspace and traveled the world over. Why so special? Because it was written and performed by Puerto Rican talent, artists and performers.

At a time as serious as these, humor always lightens up the situation, even though momentarily.

These are very serious topics.

Humor is the best way to get through this in spite of the seriousness of it all.

Randy Rainbow provides much of it.

Fresh off the presses.

NOTHING WILL CHANGE MY FEELINGS

I was never a fan of the donald.

Until, upon his entering the presidential race, when he was thrown in our faces every possible moment of our waking hours.

As the campaign progressed, I knew why I wasn’t a fan.

It progressively got worse and hasn’t stopped since.

I don’t care that he’s PEOTUS.

There’s nothing that I can respect about him.

I’m not a sore loser.

It’s much bigger than Republican or Democrat.

He has no redeeming value.

He’s not worthy to be in the Oval Office.

He will NEVER  be my president.

Donald Trump struggling to secure talent to perform at inauguration

The only confirmed talent so far are 16-year-old “America’s Got Talent” 2010 runner-up Jackie Evancho, the Mormon Tabernacle Choir, and the Rockettes.

( … and there have been some bumps there!)

THE VOICES IN MY HEAD 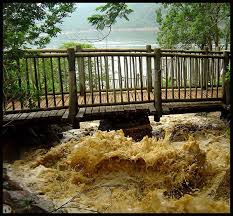