She passed away on February 23. I don’t want any more time to go by without honoring her and her life.

Alice Herz-Sommer, also known as Alice Sommer, (26 November 1903 – 23 February 2014) was a pianist, music teacher, and supercentenarian from Bohemia, and a survivor of the Theresienstadt concentration camp, where she was sent by the Nazis because of her Jewish origins.

She lived in Belsize Park in London from 1986 until her death, and at the age of 110 was the world’s oldest known Holocaust survivor.

Alice Herz-Sommer, the world’s oldest known Holocaust survivor and pianist, passed away in London yesterday, February 23, 2014, at the age of 110.

Her incredible life story is told in the new documentary, “The Lady in Number 6,” which has been nominated for a 2014 Oscar. As the film’s producer, Nicholas Reed, writes: “Kids all over the world grow up on superheroes”.

We must remind them, is documentaries that tell stories about ‘real superheroes.’ Superheroes are based on great people, real people, like Alice Herz Sommer.”

Born in Prague in 1903, Herz-Sommer pursued a career as a classical musician until the Nazis prohibited Jews from performing in public. She then remained in Prague caring for her ailing mother, who was arrested and killed at the Treblinka extermination camp in 1942.

The following year, Herz-Sommer was sent with her husband and 6-year-old son to the Theresienstadt concentration camp.

Theresienstadt was an unusual camp in that, although tens of thousands of people died there and many more were transported from there to extermination camps, it was also designated by the Nazis as a model camp for propaganda purposes.

Many prominent Jewish artists and intellectuals were imprisoned there and permitted to maintain a cultural life. The Nazis would make films about life in the camp and, late in the war, allowed International Red Cross representatives to tour it in an effort to create the false impression that Jews were being treated humanely at their camps.

During her two years at the camp, Herz-Sommer played in more than 100 concerts. As she recounted in an interview, “Whenever I knew that I had a concert, I was happy. Music is magic. We performed in the council hall before an audience of 150 old, hopeless, sick and hungry people. They lived for the music. It was like food to them. If they hadn’t come to hear us, they would have died long before. As we would have.”

In September 1944, her husband, Leopold, was sent to Auschwitz and later to Dachau where he died of illness. In May 1945, Herz-Sommer and her son were freed when the Soviet army liberated Theresienstadt. She later moved to Israel and worked as a professor of music at the Jerusalem Academy of Music for nearly 40 years until emigrated to London in 1986 to be near her son.

Through it all, Herz-Sommer was known for her remarkably positive outlook on life. Toward the end of her life, she observed: “I think I am in my last days but it does not really matter because I have had such a beautiful life. And life is beautiful, love is beautiful, nature and music are beautiful. Everything we experience is a gift, a present we should cherish and pass on to those we love.”

To watch an excerpt of the documentary about Alice Herz-Sommer’s life, visithttp://bit.ly/1hqJ2C9 or learn more about documentary at http://nickreedent.com/

For more stories for all ages of girls and women living through the WWII period, including numerous stories related to the Holocaust, visit our “WWII/Holocaust” section at http://www.amightygirl.com/books/history-biography/history-world?cat=186 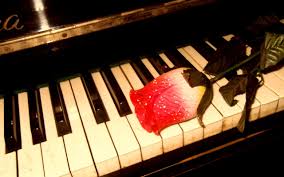 The Lady In Number 6: Music Saved My Life

http://theladyinnumber6.com
The Lady in Number 6 is one of the most inspirational stories ever told. 109 year old, Alice Herz Sommer, the world’s oldest pianist and oldest holocaust survivor, shares her views on how to live a long happy life.

She discusses the vital importance of music, laughter and having an optimistic outlook on life.

This powerfully inspirational video tells her amazing story of survival and how she managed to use her time in a Nazi concentration camp to empower herself and others with music.