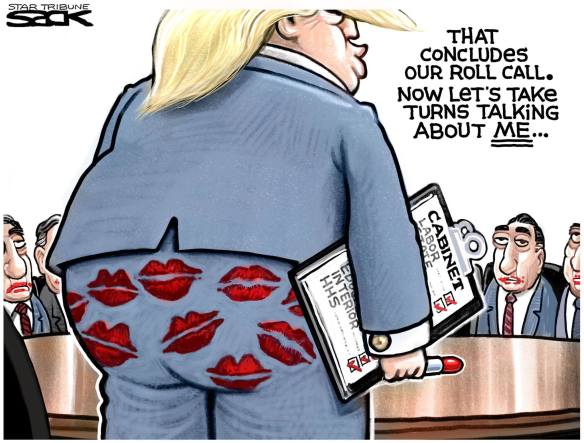 Never seen in my lifetime, and believe you me, there are a lot of things I’ve seen in my many years.

On Monday, June 12, Drumpf took a break from yelling on Twitter about how the “fake media” is against him and found another way to stroke his pathological need for affection.

During a televised cabinet meeting, he said he had done as much as any president from FDR, then asked the assembled crew of billionaires, retired generals, and arch-conservative politicians what they thought the administration’s accomplishments thus far had been.

It was an exercise in attempting to satiate Drumpf’s insatiable ego, and all the officials took the opportunity to kiss as much presidential ass as possible.

‘As it appears in … full read/full credit”