THE FIGHT FOR JUSTICE NEVER ENDS

This one in particular has another aspect that I have always been interested in: the Nazi era and the events around it.

This movie shows some of this in part but also presents a successful and overdue resolution of a real life event.

The film is based on the true story of the late Maria Altmann, an elderly Jewish refugee living in Los Angeles, who, together with her young lawyer, Randy Schoenberg, fought the government of Austria for almost a decade to reclaim Gustav Klimt‘s iconic painting of her aunt, Portrait of Adele Bloch-Bauer I, which was confiscated from her relatives by the Nazis in Vienna just prior to World War II.

Altmann took her legal battle all the way to the Supreme Court of the United States, which ruled in her favor in Republic of Austria v. Altmann (2004).

In a series of flashbacks throughout the film, Maria Altmann recalls the arrival of Nazi forces in Vienna, Austria, and the subsequent suppression of the Jewish community and the looting and pillaging conducted by the Nazis against Jewish families. Seeking to escape before the country is completely shut off, Maria Altmann and members of her family attempt to flee to the United States. While Altmann is successful in her escape, she is forced to abandon her parents in Vienna.

In the present, living in Los Angeles, a now elderly Altmann attends the funeral for her sister. She discovers letters in her sister’s possession dating to the late 1940s, which reveal an attempt to recover artwork owned by the Altmann family that was left behind during the family’s flight for freedom and subsequently stolen by the Nazis. Of particular note is a painting of Altmann’s aunt, now known in Austria as the “Woman in Gold“.

Altmann enlists the help of Randol Schoenberg, a lawyer with little experience, to make a claim to the art restitution board in Austria. Reluctantly returning to her homeland, Altmann discovers that the country’s minister and art director are unwilling to part with the painting, which they feel has become part of the national identity. Altmann is told that the painting was in fact legitimately willed to the gallery by her Aunt.

Upon further investigation by her lawyer and Austrian journalist Hubertus Czernin, this claim proves to be incorrect, as the alleged will is invalid due to the fact that her Aunt did not own the painting in question, the artist’s fee having been paid by her Uncle. Schoenberg files a challenge with the art restitution board, but it is denied and Altmann does not have the money needed to challenge the ruling. Defeated, she and Schoenberg return to the United States.

Months thereafter, happening upon an art book with “Woman in Gold” on the cover, Schoenberg has an epiphany. Using a loop hole and precedents in which an art restitution law was retroactively applied, Schoenberg files a claim in US court against the Austrian government contesting their claim to the painting. An appeal goes to the Supreme Court of the United States, where in the matter of Republic of Austria v. Altmann, the court rules in Altmann’s favor, which results in the Austrian government attempting to persuade Altmann to retain the painting for the gallery, which she refuses. After a falling out over the issue of returning to Austria for a second time to argue the case, Altmann fires Schoenberg, who then takes it upon himself to carry on the case of his own accord.

In Austria, the art restitution board hears the case, during which time they are reminded of the Nazi Regime’s war crimes by Schoenberg. Schoenberg implores the art restitution board to think of the meaning of the word restitution and to look past the artwork hanging in art galleries to see the injustice to the families who once owned such great paintings and were forcibly separated from them by the Nazis. Unexpectedly, Altmann arrives to speak before the board, reminding them of the atrocities of the Nazi regime and that while the gallery may see in the Woman in Gold a national treasure, she sees a family portrait.

After making their respective cases, the art restitution board ultimately sides with Altmann, returning her painting.

Altmann then elects to have the painting moved to the United States with her, and takes up an offer made earlier by a New York gallery to display the painting on condition that it be a permanent exhibit.

Academy Award winner Helen Mirren stars in the incredible story of Maria Altmann, a Jewish refugee who is forced to flee Vienna during World War II.

Decades later, determined to salvage some dignity from her past, Maria has taken on a mission to reclaim a painting the Nazis stole from her family: the famous Lady In Gold, a portrait of her beloved Aunt Adele.

Partnering with an inexperienced but determined young lawyer (Ryan Reynolds), Maria embarks on an epic journey for justice 60 years in the making. 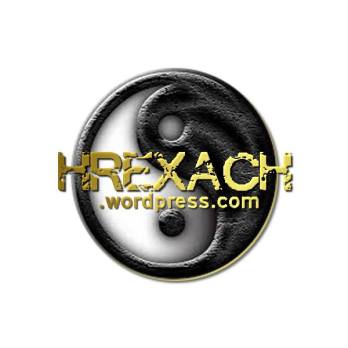