I went to the movies yesterday and saw this film.

I was an ardent fan of the 1976 version in which Barbra Streisand and Kris Kristofferson played the lead roles.

I wasn’t disappointed with this current version.

This song is simply incredible. The story around it is worth watching the film.

“Shallow” is a song from the 2018 film A Star Is Born, performed by Lady Gaga and Bradley Cooper.

The song served as the first single from the film’s soundtrack and was released on September 27, 2018 by Interscope Records. “Shallow” was written by Gaga with Mark Ronson, Anthony Rossomando, and Andrew Wyatt, and produced by her with Benjamin Rice.

A Star Is Born

Listen to brand new music from Bradley Cooper & Lady Gaga from the ‘A Star Is Born’ Soundtrack: 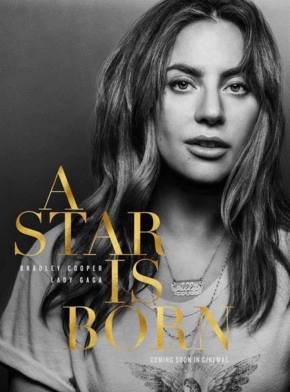 Under all speech that is good for anything there lies a silence that is better.

Silence is deep as Eternity; speech is shallow as Time.

Thomas Carlyle Quotes , Source: Essays–Memoir of the Life of Scott