The Piano Guys is the second studio album, and first on a major record label, by American musical group The Piano Guys. It was released on October 2, 2012 through Sony Masterworks. The album is composed primarily of covers and mashups of classical and popular music.

Today we are featuring “The Cello Song” from their first CD with a major record label. 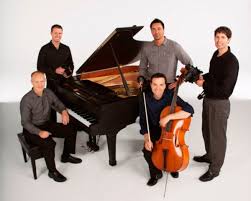 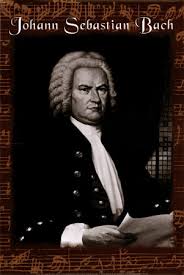 Every sound you hear was created by Steve playing his acoustic cellos (with one exception — a subtle “hi-hat” noise made by his voice).

The Cello Song is based on one of the most recognizable classical pieces ever written, J.S. Bach’s Unaccompanied Cello Suite No. 1: Prelude. (Hint: Say Bach’s title with an English accent and it sounds a lot better). It’s been featured in a lot of movies (and car commercials) … Steven Sharp Nelson decided that this piece needed some accompaniment (Bach must have been busy and never got around to it?)

Adding some original material and 7 more cello parts stacked on top of each other, Steve has created a cool new sound that embellishes all the features that have made Bach’s work so popular. The 7 new parts include drawn-out melodies which soar above fast arpeggios, strumming chords from a guitar-like part, shaker sounds (accomplished by rubbing the sides of the cello), tremolo (1:08–1:24), and a cello-banging percussion part (complete with kick drum).

“Bach was an amazing composer — one of the best that ever lived. He wasn’t the greatest with titles though … As a consequence, no one can ever remember his Cello Suite’s name … so when I’m asked to perform his piece people always say, ‘hey, can you play that … um … that cello song?’ And so in Bach’s honor I name this adaptation of his amazing composition after what it has been naturally called for hundreds of years. Thanks for listening!” 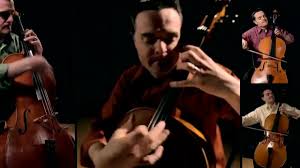