M’lord! This so very talented young man from Canada, Jamie Dupuis, is taking me on a trip through memory lane again!

This is another one of my very favorite songs from Sting.

Just lay back, close your eyes and be transported to another time … a time of love, melancholy and sweetness.

“Fields of Gold” is a song written and recorded by Sting.

It first appeared on his 1993 album Ten Summoner’s Tales. The song was released as a single but only made it to number 16 on the UK Singles Chart and to number 23 in the United States Billboard Hot 100.

However, it became one of Sting’s most famous songs, with many renowned artists covering the song.

In Lyrics By Sting, the singer described the view from his 16th-century Wiltshire manor house:

“In England, our house is surrounded by barley fields, and in the summer it’s fascinating to watch the wind moving over the shimmering surface, like waves on an ocean of gold.

There’s something inherently sexy about the sight, something primal, as if the wind were making love to the barley. Lovers have made promises here, I’m sure, their bonds strengthened by the comforting cycle of the seasons.” 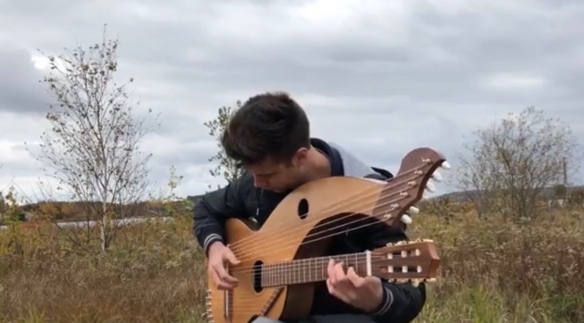