When full moon falls on Friday the 13th, will more weird things happen?

If you want to howl at a full moon on Friday the 13th, you’d better do it this Friday.

The next time those two things will converge is 2049.

Since full moons and Friday the 13ths are rumored to cause bad luck, or make people act strange, what happens when they converge? Probably nothing. One Slate writer looks at the evidence and concludes it’s not terribly convincing. Still, if you’re wary of Friday the 13th, 2014 is a good year.

Only one Friday falls on a 13 this year, compared to two last year and three in 2015. 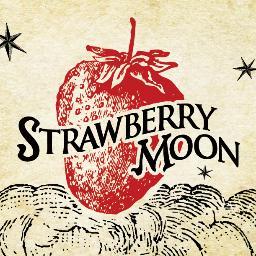 Down in New Zealand, where driving a car or cleaning on Friday the 13th is considered bad luck, The Dominion Post speculates that the double-omen Friday “could be downright terrifying for some.” In Vancouver, Canada, the Mounties are bracing for the Vancouver Full Moon Beach Party apparently planned for aptly named Wreck Beach.

In Central New York, where it’s unlucky to drive Friday if you normally take I-690 into town, we’re not aware of any beach parties. And whether we’ll even see the full moon here is in doubt: It looks like partly cloudy skies for Friday night.

And, as you might expect, this moon/13th thing is generating lots of attention on social media.

~A Rare Day For Omens and Magic~

Each year there is at least one Friday The 13th. Usually there are two, but occasionally there will be three of these mystical and controversial days.

At first glance triskadekophiles (those who love the number thirteen) must just heave a sigh and decide to make  the best of what they have been given by the cosmos this year. 2014 brings us only one, Friday June 13.

However, as often happens when the number thirteen appears, there is another serendipitous factor coming in to play. There is a Full Moon at 12:11 AM EDT, so it should be one humdinger of a Friday the 13th! It is extremely rare for the Full Moon, which always opens the veil to subtle energies and heightens the pace of life over all, to coincide with a Friday the 13th.

Expect the unexpected and be alert to nuances.

Link on the names below for your monthly Full Moon Guide!

Learn how the name for June’s Full Moon originated in this month’s installment of Full Moon Names from Farmers’ Almanac.