Those who read my posts and visit “It Is What It Is” know that generally the tone of this “spot” is nice, loving, kind hearted, positive, Nature and Spirituality related, medical topics and some controversial posts and reblogs.

As I stated before, today is a sad day for me. I can not understand the hatred, discrimination, violence, persecution, destruction, abuse, killing that is filling up our world.

I have allowed reality to come into my “spot”. Today there is no way to get around it or away from it.

There’s negativity, prejudice, discrimination, violence, death in this post. I have allowed all of this to come in here today.

The reason for this is that I know about human beings who are suffering and are at great risk of losing their lives because of the bigotry of their elected officials, the ignorance and mob mentality of their country men and the meddling of some American evangelists.

I can not stay quiet when this is happening. Even if it’s at the other side of the world, even if it doesn’t have anything to do with me directly.

This is what the description of “It Is What It Is” says:

“I’m interested in the news – reporting human issues like injustice, discrimination and abuse – the “wrongly” affected. My intention is to bring this knowledge to an understandable level and to help anyone in need. I’m open to questions and will answer them to the best of my ability.”

My intention is to give a “voice to the voiceless”.

“The world has gone bloody mad. Damn all the good christian god lovers to Hell!! The “Kill the Gays” bill in Uganda has been signed. Anti-gay legislation in Arizona is on the verge of signing the “Christian Shield” and of course the bigots in Russia.

To all LGBT people out there:
“MAY THE FORCE BE WITH US ALL”.

~~BROUGHT TO YOU BY OUR PROUD SPONSOR~~ 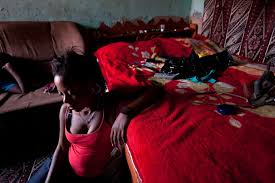 ~~ONE OF MANY FUNERALS~~

Call Me Kuchu is a 2012 American documentary film directed by Malika Zouhali-Worrall and Katherine Fairfax Wright. The film explores the struggles of the LGBT community in Uganda, focusing in part on the 2011 murder of LGBT activist David Kato.

~~Uganda: Where Your Tax Dollars Are Supporting Gay Apartheid~~

The African nation of Uganda has introduced some of the harshest anti-gay laws in the world.
What role has your tax dollars played in supporting the one-man rule in there? How have US evangelists help to foment anti-gay hatred?

Uganda, the self-designated “the Pearl of Africa” is by many analysts’ reckoning, a failed state. Thirty three percent of the population do not have access to safe water and 52% of people are without sanitation. Infant mortality stands at 130 in 1,000, and 26,000 children under the age of five die every year die from diarrheal diseases.

There’s also the raging AIDS epidemic, which has reportedly killed somewhere between 52,000 – 81,000 and has orphaned around 1 million children.

Altogether a hard sell for the Ugandan Minister of Tourism.

~~THIS IS THE POPE WHO COULDN’T HACK IT~~

But if one is looking for a bright side, then Uganda’s human rights record isn’t it.
And there is no better proof that the African country is failing by how much its government respects the human rights of all its citizens.

Amnesty International, in its most recent report on Ugandan human rights record, cites abuses to freedom of expression and freedom of assembly as commonplace.  Despite investigations by the Uganda Human Rights Commission on accusations of torture by police, “no action was taken to hold law enforcement officials responsible for human rights violations to account, or to grant victims and their families an effective remedy.”

~~MAN BURNT TO DEATH FOR BEING GAY~~

We demand Equality on a Global Scale. What touches one touches all.