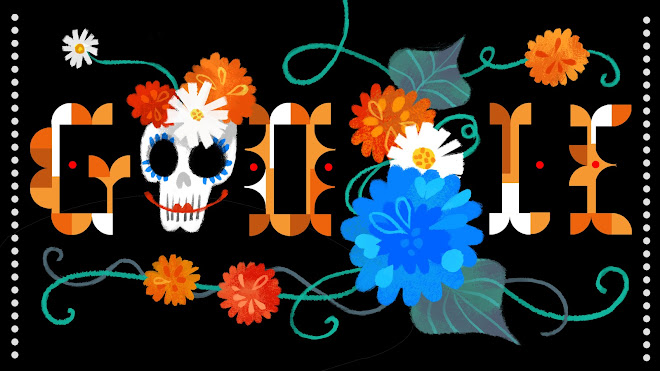 Day of the Dead (Spanish: Día de Muertos) is a Mexican holiday observed throughout Mexico and around the world in other cultures. The holiday focuses on gatherings of family and friends to pray for and remember friends and family members who have died.

The celebration takes place on October 31, November 1 and November 2, in connection with the triduum of Allhallowtide: All Hallows’ Eve, Hallowmas, and All Souls’ Day. Traditions connected with the holiday include building private altars called ofrendas, honoring the deceased using sugar skulls, marigolds, and the favorite foods and beverages of the departed, and visiting graves with these as gifts.

An animated celebration of Day of the Dead.

Day of the Dead (Spanish: Día de Muertos) is a Mexican holiday observed throughout Mexico and around the world in other cultures. The holiday focuses on gatherings of family and friends to pray for and remember friends and family members who have died. In 2008 the tradition was inscribed in the Representative List of the Intangible Cultural Heritage of Humanity by UNESCO.

It is particularly celebrated in Mexico where the day is a bank holiday. The celebration takes place on October 31, November 1 and November 2, in connection with the triduum of Allhallowtide: All Hallows’ Eve, Hallowmas, and All Souls’ Day. Traditions connected with the holiday include building private altars called ofrendas, honoring the deceased using sugar skulls, marigolds, and the favorite foods and beverages of the departed, and visiting graves with these as gifts.

Scholars trace the origins of the modern Mexican holiday to indigenous observances dating back hundreds of years and to an Aztec festival dedicated to the goddess Mictecacihuatl. The holiday has spread throughout the world. However, it is noteworthy that this holiday is not typical of all Mexicans because it happens to be a holiday that has become a national symbol and as such is taught (for educational purposes) in the nation’s schools, there are many families who are more attached to celebrate “All Saints Day” as they do in other Catholic countries.

Originally, the Day of the Dead as such was not celebrated in northern Mexico, where it was even unknown until recently, still in the early twentieth century, the tradition was rejected by people and church primarily in northeastern Mexico because of their perception of trying to syncretize pagan elements with religion, and instead was held the traditional ‘All Saints Day‘ the same way as the rest of the Catholics in the world; This is due to the limited or no Meso-American influence in this region.

However, in present day northern Mexico, Día de Muertos is observed because of the Mexican government introduction of the holiday through educational policies from the 1960s, in their efforts to expand the tradition in the north of the country. In Brazil Dia de Finados is a public holiday that many Brazilians celebrate by visiting cemeteries and churches. In Spain there are festivals and parades and, at the end of the day, people gather at cemeteries and pray for their dead loved ones. Similar observances occur elsewhere in Europe, and similarly themed celebrations appear in many Asian and African cultures.

A little girl visits the land of the dead and experiences the Mexican holiday Dia de los Muertos with the help of someone very special to her. A short film by Ashley Graham, Kate Reynolds and Lindsey St. Pierre.