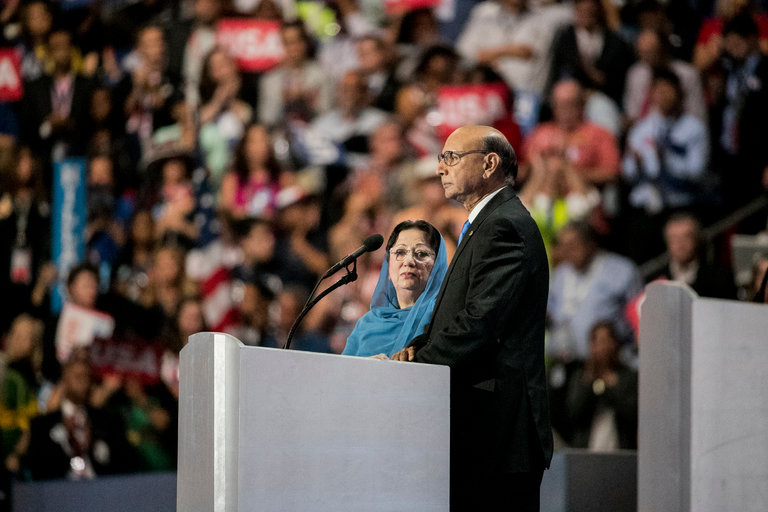 Donald J. Trump reeled on Sunday amid a sustained campaign of criticism by the parents of a Muslim American soldier killed by a suicide bomber in Iraq and a rising outcry within his own party over his rough and religiously charged dismissal of the couple.

The confrontation between the parents, Khizr and Ghazala Khan, and Mr. Trump has emerged as an unexpected and potentially pivotal flash point in the general election. Mr. Trump has plainly struggled to respond to the reproach of a military family who lost a son, and has answered their criticism derisively — first implying that Ms. Khan had been forbidden to speak at the Democratic National Convention, then declaring that Mr. Khan had “no right” to question Mr. Trump’s familiarity with the Constitution.