My heritage comes from Taíno, Spanish and African roots.

All of which I’m very proud of.

The recorded history of women in Puerto Rico can trace its roots back to the era of the Taíno, the indigenous people of the Caribbean, who inhabited the island that they called “Borikén” before the arrival of Spaniards. During the Spanish colonization the cultures and customs of the Taíno, Spanish, African and women from non-Hispanic European countries blended into what became the culture and customs of Puerto Rico.

In the early part of the 19th Century the women in Puerto Rico were Spanish subjects and had little individual rights. Those who belonged to the upper class of the Spanish ruling society had better educational opportunities then those who did not. However, there were many women who were already active participants in the labor movement and in the agricultural economy of the island.

During the period of industrialization of the 1950’s, many women in Puerto Rico found employment in the needle industry, working as seamstresses in garment factories. Many Puerto Rican families also migrated to the United States in the 1950’s.

It’s so good to see Céline doing something new.

This one has an amazing message.

fashion has the power to shape people’s minds.

Inspire your children to be free and find their own individuality through clothes.

Gender suffered a devastating defeat this morning at the hands of one Céline Dion, who dropped a short video on Twitter to tease the grand unveiling of her new gender-neutral kids’ clothing line, slated to be announced tomorrow.

The short video sees Dion being slammed to the ground by a cop, presumably for radicalism, or perhaps for crimes against The Binary™.

Stans were titillated by the snippet, which ends by pointing viewers to the brand’s website.

Called Celinununu, its mission statement affirms the brand’s desire to use fashion to change the world:

“One Voice: fashion has the power to shape people’s minds. Inspire your children to be free and find their own individuality through clothes.”

Hear us out tomorrow on CNN http://www.celinununu.com

I watched the complete hearing from morning till it ended.

I was compelled by Dr. Christine Blasey Ford’s testimony.

Watch the following video and take a moment to think where you are today as an individual.

In the last moments of her CNN show, at the end of a very long week in which the nation heard Christine Blasey Ford’s detailed memories of how Supreme Court nominee Brett Kavanaugh allegedly sexually assaulted her in high school, Brooke Baldwin shared a message with viewers:

“What we witnessed in that hearing was nothing short of extraordinary,” Baldwin said.

“Put the partisan politics and the insults and the spin to one side.

I want to mark this pivotal moment in American history when sexual assault, something that doesn’t often elicit more than a shameful whisper, is thrust into the open on national television.”

“This is a pivotal moment in America for all of us,” she said.

“This matters. This moment is bigger than politics. It’s about mothers and fathers raising boys to become men. What good comes of all of this? What are we going to learn? It’s a generational opportunity to better ourselves in how we relate to each other as women and men.”

“This matters the most,” she concluded.

We all have our stories

CNN’s Brooke Baldwin says that Christine Blasey Ford’s testimony about her allegations of sexual assault against Brett Kavanaugh was a “pivotal” moment in US history.

The Arecibo Observatory is a radio telescope in the municipality of Arecibo, Puerto Rico.

The observatory was conceived in 1960 by former Cornell electrical engineering professor William E. Gordon. It is the largest radio telescope in the world–the main reflector dish measures 330 meters (1000 feet) in diameter and covers an area of 18 acres.

Season 2018 of  America’s Got Talent is underway.

Another performance made me feel emotional.

The talent, the mission, the kids, the words, wow!

Hope you enjoy this as much as I did.

Founded in 2015, Voices of Hope Children’s Choir is a non-profit program made up of over 70 talented children, ages 5-17, of all backgrounds and levels of experience. In an effort to make music available to all children despite social or economic barriers, this program is entirely tuition free.

Singing inspirational music, the goal of the choir is to uplift the spirits of all who listen and to learn positive self esteem and teamwork along the way. We hope to change the world one song at a time.

Mission Statement
Our vision is to awaken a love of music in our youngest generations, and to share the message of hope with our local, national, and international communities. We seek educate young people in the art of collaborative singing and performing and to teach them to embrace their unique God-given abilities.

We aim to enrich children’s lives through artistic excellence and to develop their personal and spiritual growth, self-confidence, and musical experience in a safe and supportive environment.

The Children’s Choir inspires us all with their rendition of “A Million Dreams” from The Greatest Showman.

Daddy Yankee needs no intro in the world of reggaeton.

Daddy Yankee is the artist who coined the word Reggaeton in 1994 to describe the new music genre that was emerging from Puerto Rico.

Janet Jackson and Daddy Yankee performed “Made for Now,” their new collaboration, for the very first time on television Friday night (Aug. 18). The pair took their own advice and moved their bodies with the upbeat song on The Tonight Show Starring Jimmy Fallon.

Never in a million years could we have dreamed up a collab between Janet Jackson and Daddy Yankee, but alas, it’s 2018 and anything is possible in a post-Despacito universe. After they were spotted filming the video last month in New York, the reggaeton icon and pop titan have finally unleashed “Made for Now,” which finds the pair floating through the streets of Brooklyn with a troupe of international dancers from Ghana, Nigeria, Grenada, and Trinidad.

As we previously reported, the production of “Made for Now” harnesses Afrobeats’ global pop explosion, and dancers are dressed in bold, colorful prints. The Big Boss hops in towards the end of the track to drop off some posi vibes and underscore the song’s message of celebrating the present moment.

Jackson and Yankee worked on the music video with famed director Dave Meyers, who has collaborated with Missy Elliott, Britney Spears, Kendrick Lamar, and more. The two legends are set to perform the new song together on The Tonight Show on Friday.

“As it appears in … full read/fll credit”

Season 2018 of  America’s Got Talent is ongoing.

Ever since this choir’s audition, I’ve been so impressed by their amazing talent.

They sang Toto’s ‘AFRICA’ for the auditions. They received the ‘Golden Buzzer’ for ‘Baba Yetu’ and now they performed ‘This Is Me”.

Hope you enjoy their talent as much as I have.

Los Angeles-based choir Angel City Chorale made its mark on the “America’s Got Talent” 2018 live shows Tuesday night with a rousing rendition of “This Is Me” from “The Greatest Showman.”

Led by director Sue Fink, this 150-person choir is notable for its inclusion and diversity and this time they stepped things up by engaging with the Dolby Theatre audience. All four “AGT” judges – Simon Cowell, Heidi Klum, Mel B and Howie Mandel – were on their feet at the conclusion of Angel City Chorale’s act.

What’s great about them as a choir is that they don’t rely solely on their voices to entertain, but instead include synchronized movements and other sounds to engage the audience in other ways. We already know that the group is one of Simon’s personal favorites, but tonight the entire panel of judges was on their feet for a standing ovation.

~~Angel City Chorale: Powerful Choir Sings “This Is Me”~~

The massive choir delivers their twist on The Greatest Showman tune, “This Is Me”. 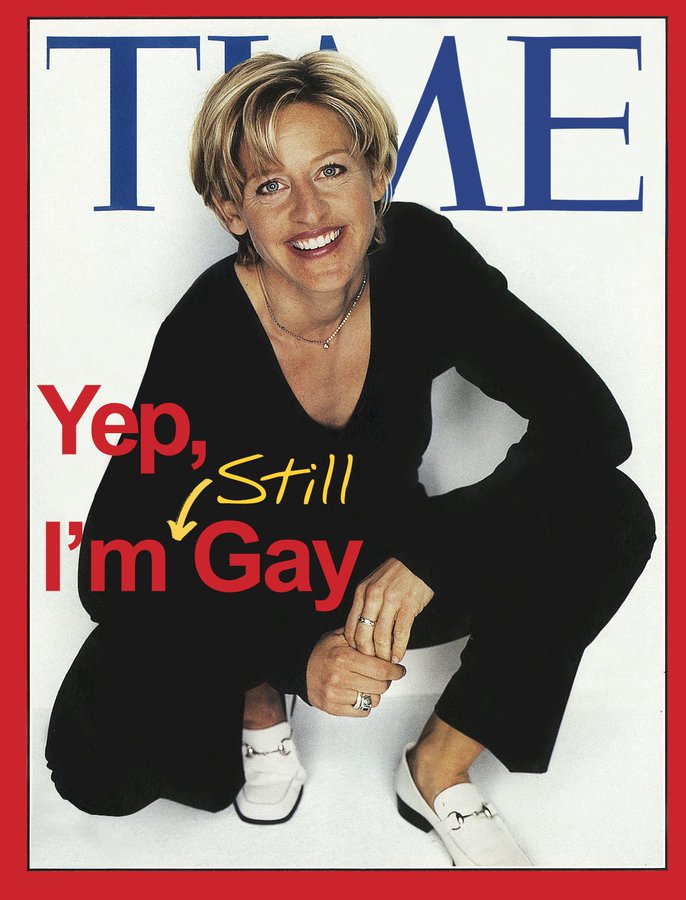